The upcoming general elections will also give an opportunity to Kumar to settle scores with friends-turned-foes Upendra Kushwaha of RLSP and HAM's Jitan Ram Manjhi, both of whom had rushed into the BJP's arms after falling out with the JDU boss. 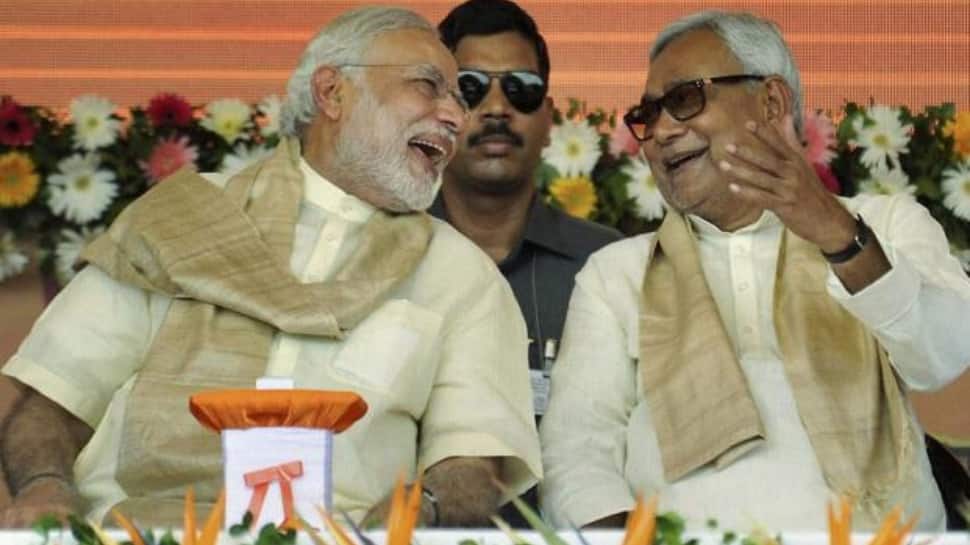 Patna: It is not for nothing that Chief Minister Nitish Kumar has earned the sobriquet of 'Chanakya' of Bihar politics. Often deprecatively dubbed as 'paltu ram' (turncoat) by RJD boss Lalu Prasad, with whom he has had a love-hate relationship for long, Kumar, a mechanical engineer by training, has outmanoeuvred his rivals, much like the wise and wily advisor to emperor Chandragupta, to stay afloat on the choppy political waters of the Hindi heartland state.

Politically debilitated after his JDU was mauled at the hustings in the 2014 Lok Sabha polls, barely a year after the party snapped its ties with the BJP at his insistence in the aftermath of Narendra Modi's anointment as the saffron party's prime ministerial face, he made friends with arch-rival Lalu and halted the Modi juggernaut in its tracks in the 2015 Bihar assembly polls.

Less than two years down the line, the three-party grand alliance lay in tatters as he bolted out of it over allegations of corruption against Deputy Chief Minister Tejashwi Yadav, the younger son and heir apparent of Lalu, and resigned as the chief minister.

Twelve hours had not passed when he was back in the chief minister's chair, as sensing an opportunity to return to power in Bihar the BJP offered him support, which Kumar readily accepted despite the RJD crying foul and demanding that he seek a fresh mandate.

Kumar, known for his clean image, insisted the decision was in sync with his agenda of development and reflected zero tolerance to corruption.

The development proved his survival skills but was reviled by those who saw in him a potential challenger to Prime Minister Narendra Modi.

The backward class leader, who did not helm the party when it all happened, now faces the challenge of delivering Bihar to Modi at a time when he is the JD(U) president.

Though he invited jeers from RJD supremo Lalu Prasad and his son Tejashwi Yadav, who publicly called him "paltu ram", his loyalists hailed him for his personal integrity.
JD(U) national general secretary and chief spokesman K C Tyagi disagreed with the negative views of Kumar's rivals about the leader.

"Nitish Kumar is the only leader of his generation who has followed in the footsteps of Jayaprakash Narayan, Ram Manohar Lohia and Karpoori Thakur in terms of personal integrity," he said. Kumar's detractors panned him over his return to the NDA, claiming it compromised his self-professed commitment to secularism.

Tyagi, however, insisted Kumar's commitment to secularism had not weakened a bit and that it was reflected in the body of work he had done for the minorities in the state. "Besides, he has been able to maintain his independent stance on issues like article 370, Ram temple and uniform civil code," Tyagi said.

"You can point out a challenge to him only at your own peril. In 2009, when Kumar famously cancelled a dinner for BJP leaders including Narendra Modi, who was then the Gujarat Chief Minister, I suggested to him that he should go for fresh elections as his personal popularity was at its peak, but he dithered. After he snapped ties with the BJP four years later, I told him it was not enough and something more will have to be done to surmount the challenge posed by Modi. Instead of paying heed, he unleashed his fury on me and I got expelled from JD(U)," Tiwari said.

Under Kumar's stewardship, the JDU will contest 17 Lok Sabha seats, a number equal to what BJP has kept for itself.

Kumar's detractors see it as a major climbdown for him as the JDU was the "senior partner" in the NDA in the state before it snapped its 17-year-old alliance with the BJP in 2013.

However, his supporters are quick to point out that considering the fact that the JDU had fared miserably in the 2014 Lok Sabha polls, winning only two seats compared to BJP's 22, the bargain was no mean achievement, particularly since it required the saffron party to give up some seats it had won.

Moreover, unlike the BJP, which had to give up its claim on at least five of its sitting seats, the JDU retained both Nalanda and Purnea, besides securing for itself some prized ones like Munger, compelling the LJP to settle for Nawada.

Nawada was represented in the outgoing Lok Sabha by Union minister Giriraj Singh one of the fiercest critics of Kumar in the BJP and a Modi loyalist since the days when bitter rivalry between the Bihar chief minister and his Gujarat counterpart used to make headlines.

Singh, an influential upper caste Bhumihar leader, is unhappy at the prospect of having to shift to Begusarai despite the sizeable presence of his castemen in the constituency, saying he had developed an "attachment" to Nawada.

Political circles are rife with speculation that the RJD-led grand alliance might field Kanhaiya Kumar, the firebrand former JNU students union leader for the seat on a CPI ticket.

The upcoming general elections will also give an opportunity to Kumar to settle scores with friends-turned-foes Upendra Kushwaha of RLSP and HAM's Jitan Ram Manjhi, both of whom had rushed into the BJP's arms after falling out with the JDU boss. The two parties have walked out of the NDA and are now part of the grand alliance.

Kushwaha, who heads the RLSP, may seek re-election from Karakat, while HAM president Manjhi is eyeing Gaya. Both these seats have fallen into the JDU's kitty.

Another important seat that has come the JDU's way is Madhepura, offering Kumar a chance to get even with Sharad Yadav, the former president of his party who had fruitlessly dissented when the Bihar chief minister led his party out of the NDA in 2013.

Yadav, who had bitterly criticised Kumar when he realigned with the BJP, later floated the Loktantrik Janata Dal and is part of the grand alliance. He has represented Madhepura seat several times in the past.

A soft-spoken politician who is, nevertheless, known to suffer no fools, Kumar has earned the reputation of being the chief minister under whom an economically laggard Bihar turned the corner, recording double digit growth for several years, something which came in for praise even by the prime minister.

The performance of his party in the Lok Sabha polls would also determine, to a large extent, the esteem in which he would be held by political peers and the public when the state elects a new assembly next year.

Ahead of Lok Sabha election, Congress chief Rahul Gandhi to hold his first poll rally in Bihar's Purnea on Saturday