The clash between supporters of BJP and Congress took place in Mathura on Tuesday. 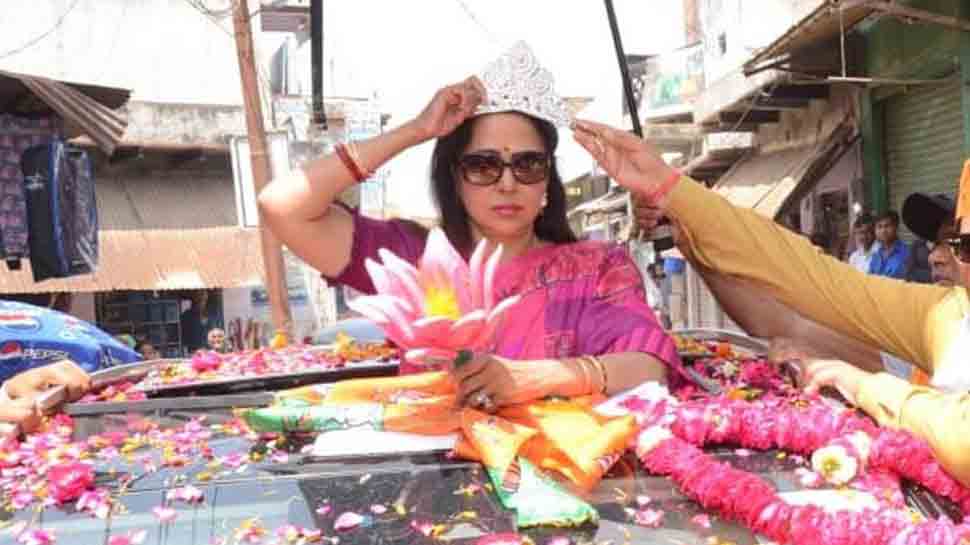 New Delhi: Supporters of Bharatiya Janata Party (BJP) led by party MP Hema Malini and Congress Mathura candidates Mahesh Pathak clash with each other during a roadshow in Uttar Pradesh on Tuesday.

Hema had defeated the RLD's sitting MP Jayant Chaudhary in the 2014 Lok Sabha polls by a huge margin of 3,30,743 votes.

Voting will be held in Mathura in the second round of seven-phase Lok Sabha polls on April 18. Results will be announced on May 23.

Clashes between supporters of rival parties have become a common thing ever since political leaders took to the street to campaign for their respective parties for the upcoming Lok Sabha election.