Congress has called the BJP manifesto for Lok Sabha 2019 election a bluff. The counter has been swift and scathing. 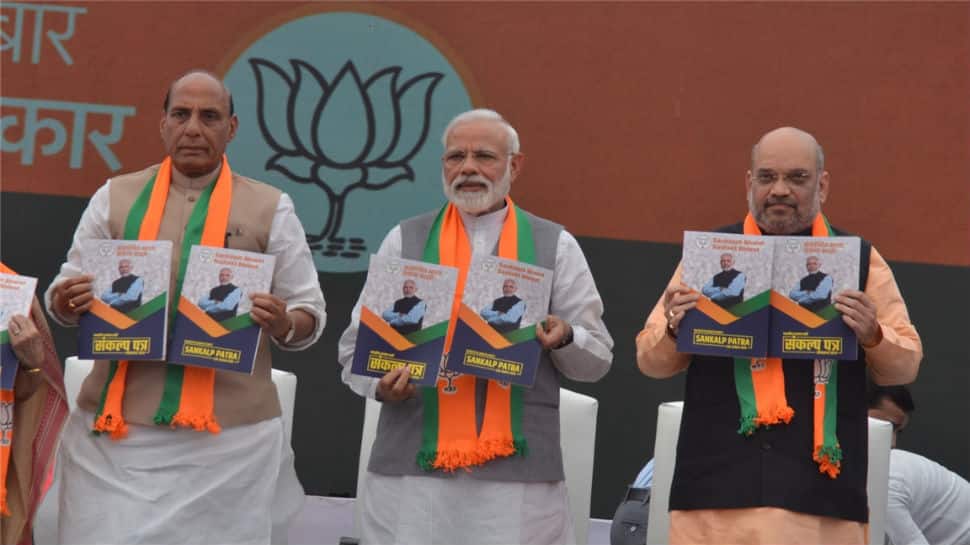 Union ministers Piyush Goyal and Nirmala Sitharaman attacked Congress for raising doubts about the contents of the BJP manifesto which was released on Monday. "From the speed with which Congress has reacted on the manifesto, it is very clear that they have not gone through even one of the 75. Congress should spend some time, read the manifesto, then talk," Sitharaman told news agency ANI. Goyal took the attack a step further and said that while Congress' manifesto itself is hollow, its leaders are busy finding faults elsewhere. "Their manifesto doesn't mention as to how to take country towards good governance,how to fight terrorism. It hasn't been able to rise above appeasement and dynasty politics," he said.

The remarks come in the backdrop of Congress calling the BJP manifesto a bluff shortly after it was released. At a press conference, senior party leaders Ahmed Patel and Randeep Surjewala attempted to cast aspersions on promises made by BJP. "They can fool some people some of the time but not all people all the time," Patel had said. "The manifesto is full of jumlas."

Surjewala had added that the manifesto is silent on a number of key issues, including demonetisation and unemployment.

The electoral battle between BJP and Congress is at its peak with the first phase of voting just days away - Thursday (April 11). 90 constituencies across 20 states will vote in the first phase and this would be followed by voting in six more phases till May 19. Counting of votes would take place on May 23.