Somaiya has been the BJP MP from Mumbai Northeast twice and he is the only sitting MP from Maharashtra who has been denied ticket by the ruling party. 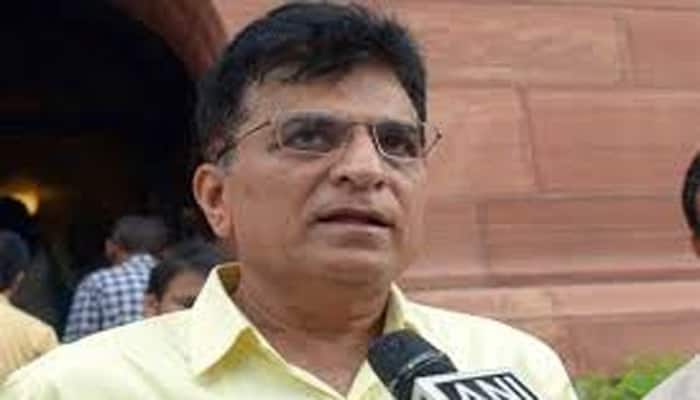 MUMBAI: Buckling under immense pressure from its ally Shiv Sena, the BJP has denied ticket to its sitting MP from Mumbai Northeast, Kirit Somaiya, for the upcoming Lok Sabha poll.

The 65-year-old Kirit Somaiya's dropping has left everyone surprised because he is one of the most prominent faces of the BJP in parliament. Experts maintain that Somaiya has paid the price for speaking against Shiv Sena supremo Uddhav Thackeray.

Somaiya kept on replying to Sena's attacks on the BJP over the last few years when the relations between the two parties soured after the 2014 Lok Sabha poll and the Assembly election in the state. Every time Sena launched an attack on the BJP, it was Somaiya who was the first one to hit back at Uddhav Thackeray's party.

The acrimony between the BJP and Shiv Sena ended in February with both the sides announcing that they will contest the upcoming Lok Sabha poll as allies. Recently, Sena chief Uddhav Thackeray accompanied BJP President Amit Shah when the latter went to file his nomination from Gandhinagar Lok Sabha constituency. Though the two parties ironed out their differences, the anger of Shiv Sena chief against Somaiya did not end and as a result of which he ended up losing the ticket.

Kirit Somaiya had sensed that he was in trouble and he had requested a meeting with Uddhav Thackeray to settle the matter but the Sena chief refused to meet the BJP leader.

Three Assembly constituencies of Mumbai Northeast - Mulud, Ghatkopar East and Ghatkopar West - have a large number of Gujarati population and in 2014 the BJP had managed to win the votes of Gujaratis to ensure Somaiya's victory from this seat.

Kirit Somaiya, who is a Chartered Accountant, was constantly targeting Shiv Sena by filing RTI against the party leaders. The BJP leader had repeatedly targeted the Shiv Sena for bad roads in Mumbai and corruption in BMC, which is under the control of Sena.

Things got worse during the BMC election when Kirit Somaiya launched a direct attack on Uddhav Thackeray by saying that the BMC is under the control of a 'Saheb' who lives in Bandra. It is to be noted that Uddhav's residence 'Matoshree' is located in Bandra. Kirit Somaiya upped the ante once again when he challenged the Sena supremo to make a public declaration of his properties.

Sources said that Shiv Sena had told the BJP clearly that the party will oppose Somaiya nomination and no Sena worker will campaign for him. Sena MLA from Vikhroli, Sunil Raut, had also threatened to contest as an Independent if the BJP decides to field Somaiya from the seat again.

Meanwhile, Somaiya has welcomed BJP's decision to field Manoj Kotak from Mumbai Northeast. Somaiya said that he will support Kotak and ensure that the BJP wins from this seat.