Dilip Ghosh, along with several other BJP MPs from West Bengal, were felicitated at the party's state headquarters. 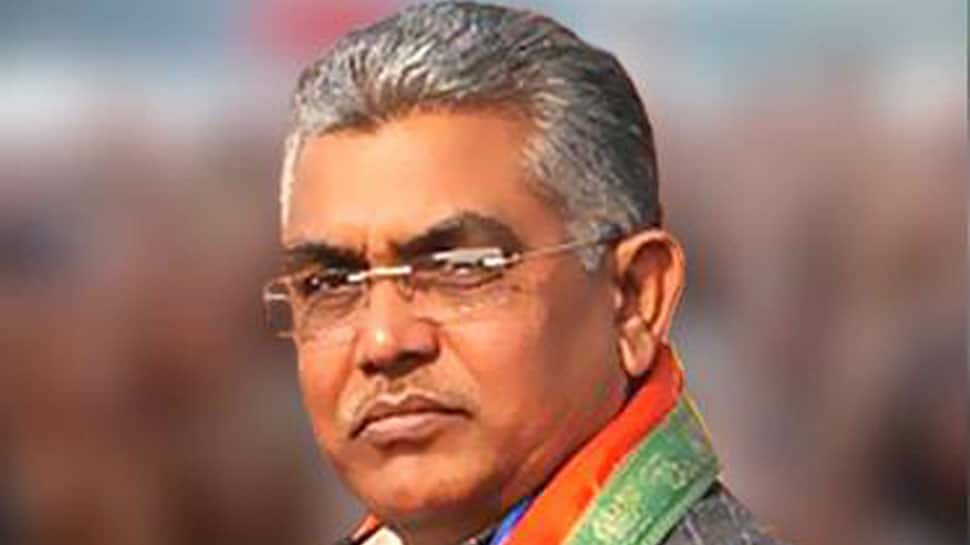 Kolkata: West Bengal BJP president Dilip Ghosh Friday criticised TMC for allegedly letting loose violence on the party's workers in the state since the Lok Sabha polls and said BJP would follow the 'tit for tat' policy to counter it.

He urged Chief Minister Mamata Banerjee to take her party's poor showing in the just-concluded Lok Sabha polls in the "right spirit".

"The TMC is unable to concede defeat. It should take the results in the right spirit. If TMC tries to use violence as a tool to intimidate and attack our workers then we will answer them in the same coin. We will follow the policy of tit-for-tat," Ghosh said.

He along with several other BJP MPs from Bengal were felicitated at the party's state headquarters.

The people have given Banerjee a "befitting reply" for her arrogance, Ghosh said and claimed that the opposition candidates and leaders were heckled and assaulted by TMC goons in an unprecedented way.

"The people of Bengal have reposed their faith in us. They want an end to TMC's misrule in Bengal and have chosen BJP as an alternative," he said.

Asked whether BJP would allow entry to TMC leaders who would like to switch over, he said the doors of the party are open for those who want to fight against TMC.

Bengal like the rest of the country witnessed a saffron surge on Thursday with the BJP winning 18 of the 42 Lok Sabha seats in the state, up from just two in 2014.

The saffron party also gave the TMC a run for its money bagging 40.25 per cent of the vote share counted so far compared to 43.28 per cent clinched by TMC.

Lok Sabha election results 2019: Out of 11 women candidates in Haryana, only 1 manages to win