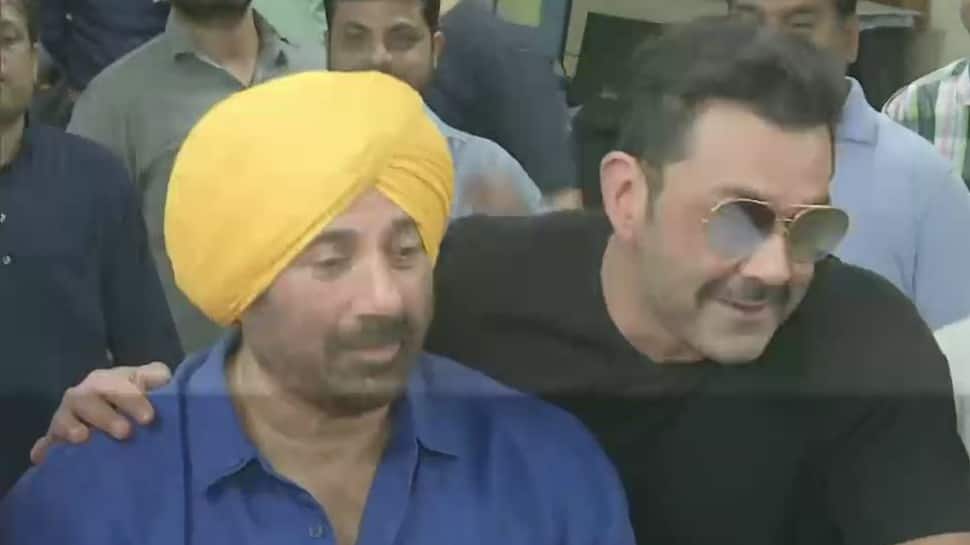 GURDASPUR: Actor-turned-politician Sunny Deol on Monday filed his nomination from the Gurdaspur parliamentary constituency on a Bharatiya Janata Party (BJP) ticket. Sporting a navy blue turban and wearing a blue shirt, the 62-year-old was accompanied by his brother actor Bobby Deol.

Before filing his nomination, Deol paid a visit to the Golden Temple in Amritsar and offered prayers. He also offered prayers at the Durgiana Temple.

He filed the nomination a day after he met Prime Minister Narendra Modi on Sunday. After their meeting, the PM posted a photo with the BJP leader and praised him in a tweet. "What struck me about Sunny Deol is his humility and deep passion for a better India. Happy to have met him today. We are all rooting for his victory in Gurdaspur!" "We both agree - Hindustan zindabad tha, hai aur rahega," the Prime Minister had tweeted.

Deol joined the BJP on April 23 and held his first roadshow in Rajasthan's Barmer on Saturday.

Soon after he joined the party, Punjab Chief Minister Captain Amarinder Singh called him a 'filmi fauji'. "Sunny Deol is a 'filmi fauji', while I am a 'real fauji'," he had said in Gurdaspur on Friday.