A berth in the state Cabinet has been lying vacant for over a month following Mandi MLA Anil Sharma's resignation as the power minister, while another will fall vacant soon as food and civil supplies minister Kishan Kapoor has been elected to parliament from Kangra constituency. 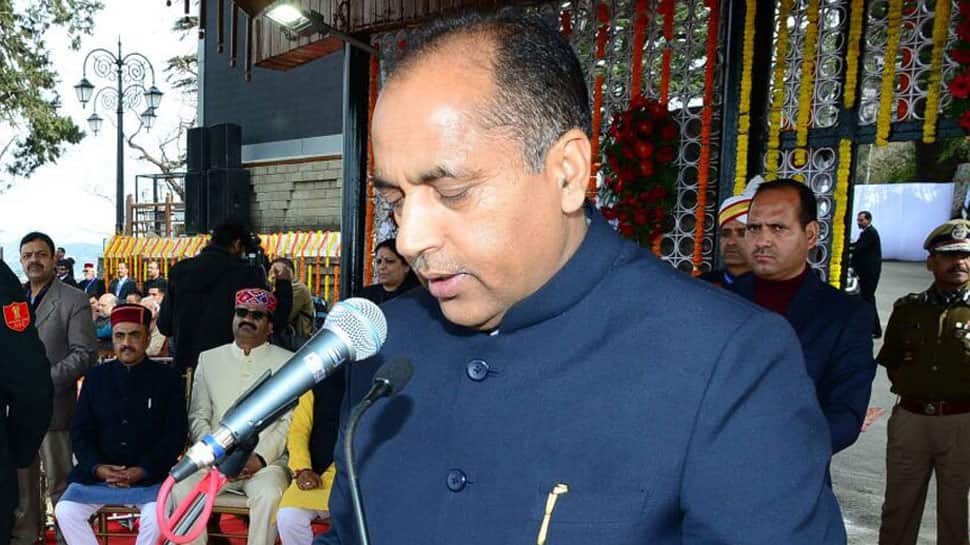 Shimla: The Cabinet expansion in Himachal Pradesh will be done after consultation with the central BJP leaders, Chief Minister Jai Ram Thakur said on Friday.

A day after the saffron party's massive victory in the state, Thakur told the media, "The cabinet expansion will be done after consulting party leaders as and when its requirement is felt."

A berth in the state Cabinet has been lying vacant for over a month following Mandi MLA Anil Sharma's resignation as the power minister, while another will fall vacant soon as food and civil supplies minister Kishan Kapoor has been elected to parliament from Kangra constituency.

Sharma had resigned from the Cabinet in April following pressure from the BJP as he refused to campaign for the party's candidate from Mandi Ram Swaroop Sharma because his son Aashray was contesting from the seat on a Congress ticket.

In March, Sharma's father, former Union minister and chief minister Sukh Ram, too had quit the BJP and joined the Congress along with Aashray Sharma.

Replying to a question, the CM said, "I have sought report (regarding anti party activities) of Anil Sharma... We will discuss what action is to be taken against Anil Sharma, who is technically still a BJP MLA."

"Sukh Ram used to say that the current BJP government had been formed in the state due to his support. Now his misunderstanding would have been cleared after massive mandate for BJP in the Lok Sabha elections," he added.

"Sukh Ram's grandson Aashray could not even get a lead from the Assembly segment where his home is situated. A new era has begun and everyone should accept the changed circumstances," he said further.

Asked if in the coming Assembly bypoll for Pachhad and Dharamshala seats, shouldn't a law be enacted making it mandatory to get the expenditure from the party responsible for the bypoll, the CM said: "It's a good suggestion but still no such provision is there. It's the work of election commission of India (EC) to decide whether this provision should be made or not?"

Pachhad and Dharamshala Assembly seats will fall vacant after imminent resignation by BJP MLAs Suresh Kashyap from Shimla constituency along with Kapoor. The bypoll will have to be conducted within six months as per the law.

An estimated amount of Rs 75 crore has been spent for conducting Lok Sabha Elections in HP, a state electoral officer said.

Further, several crores will have to be spent for conducting Assembly bypoll for the two seats and development works will also be affected for some weeks as election code will come into force during the bypoll.

Stating that the BJP has got the highest 69.11 percent vote share in HP in the Lok Sabha Elections as compared to other states, he said some Congress leaders including former CM Virbhadra Singh blamed EVMs for their party's worst ever performance in the state.

"We expected to win all the four seats in HP but never thought that we will win by such a record margin. This is for the first time that any party has got lead in all the 68 Assembly segments of HP," he said.

Roshan Baig will not join BJP as it had tried to end his political career: Karnataka minister