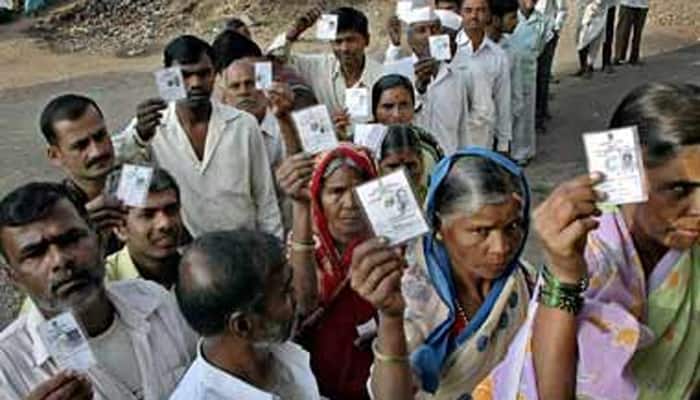 BENGALURU: Campaign has peaked across the remaining 14 Lok Sabha seats in Karnataka`s western and northern regions where polling is on April 23 in the third phase of 2019 general elections across the country.

"As electioneering for the third phase of polling ends on Sunday for polling on Tuesday, hectic campaign was conducted by national and state leaders in both regions of the southern state," a poll official told IANS here on Saturday.

After Prime Minister Narendra Modi held two massive rallies at Bagalkot and Chikkodi on Thursday for the Bharatiya Janata Party (BJP) candidates in the fray, Congress president Rahul Gandhi addressed public meetings at Raichur and Chikkodi on Friday, along with Janata Dal-Secular (JD-S), in support of their joint candidates.

In the May 2018 Assembly polls, the BJP won in 7 of the 8 Assembly segments in Shimoga parliamentary constituency, except in Bhadravati.

For the ruling Congress, its former Chief Minister Siddaramaiah campaigned at Belgaum and Dharwad and its Water Resources Minister D.K. Shivakumar at Shimoga.

In the 2014 general elections, the BJP had won 11 seats and the Congress the remaining 3, with none going to the JD-S.

The JD-S from Bijapur (SC), Shimoga and Uttara Kannada.

Congress leader in the outgoing Lok Sabha Mallikarjun Kharge is contesting from Gulbarga for a hat-trick and party`s state unit working President Eshwar Khandre from Bidar.

In the high-profile Shimoga, sons of two former Chief Ministers are locked in straight contest.

The Congress has fielded woman candidate Veena Kasappanavar in Bagalkot and JD-S Sunita Devanand in Bijapur (SC), while BJP has none.

In the second phase of polling on April 18 in the central and southern regions of the state, the BJP contested in 13, Congress in 10 and JD-S in 4.

Vote count for all 28 seats will take place on May 23.