In her complaint, MNS`s ex-municipal corporator from Pune, Rupali Patil has accused Irani of "cheating, misleading voters and criminal breach of trust" under various sections of Indian Penal Code. 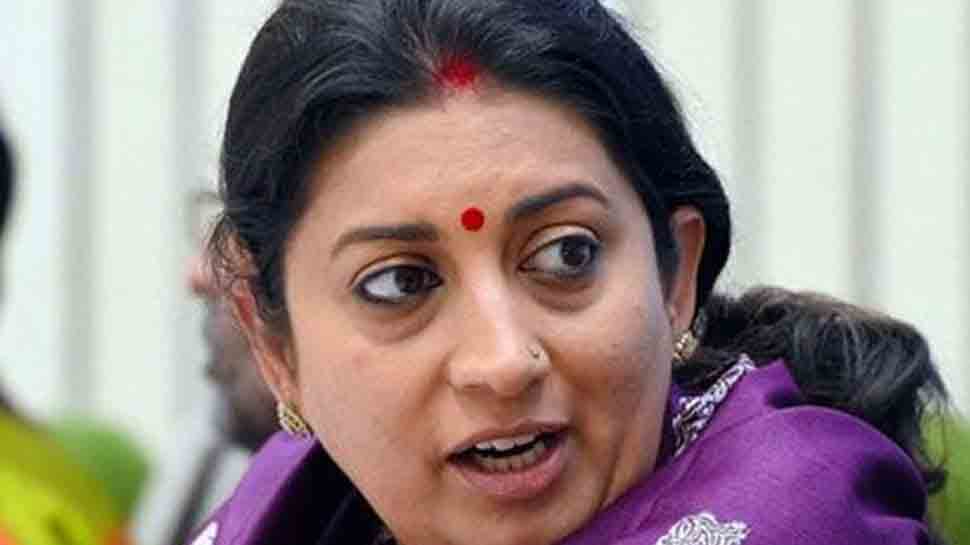 Pune: A Maharashtra Navnirman Sena leader on Tuesday filed a complaint of cheating against Union Minister Smriti Irani, questioning the differing academic qualifications in her affidavits submitted by her to the Election Commission in the 2004 and 2019 Lok Sabha elections.

In her complaint, MNS`s ex-municipal corporator from Pune, Rupali Patil has accused Irani of "cheating, misleading voters and criminal breach of trust" under various sections of Indian Penal Code.

"In her 2004 election affidavit, when Irani contested from Delhi's Chandni Chowk seat, she had stated that she was a Bachelor of Arts graduate of 1996 from Delhi University`s School of Correspondence. In the 2019 poll affidavit, she has mentioned she was educated up to First Year Bachelor of Commerce but not completed the three-year degree course," Patil told IANS.

Irani had made a similar statement in her 2014 election affidavit, but Patil wonders how can her qualifications come down from 2004 to 2019, and said she is resorting to falsehoods to lure voters.

Patil`s lawyer Vijaysinh Thombare said that these blatant contradictions amount to sheer cheating of the voters for seeking votes and criminal breach of trust as she has filed false affidavits before the EC.

"The complaint has been accepted by Pune Court Judicial Magistrate First Class BS Gaikwad who will pass his orders in the matter soon," he said.

Patil said all attempts by her to lodge a separate complaint with the Pune police failed, forcing her to move the city court over the issue.

Irani's educational qualification have been a matter of controversy with the Congress and other parties raising questions on them.

The BJP has nominated Irani to fight against Congress President Rahul Gandhi for the second time from Amethi where she was defeated by him in 2014.