"I don't know why people call me Odisha's Modi. There are no comparisons at all. I am a common man while Modi is an unusual talent," Sarangi said in an interview after being appointed Minister of State in the Ministry of Micro, Small and Medium Enterprises and in the Ministry of Animal Husbandry, Dairying and Fisheries. 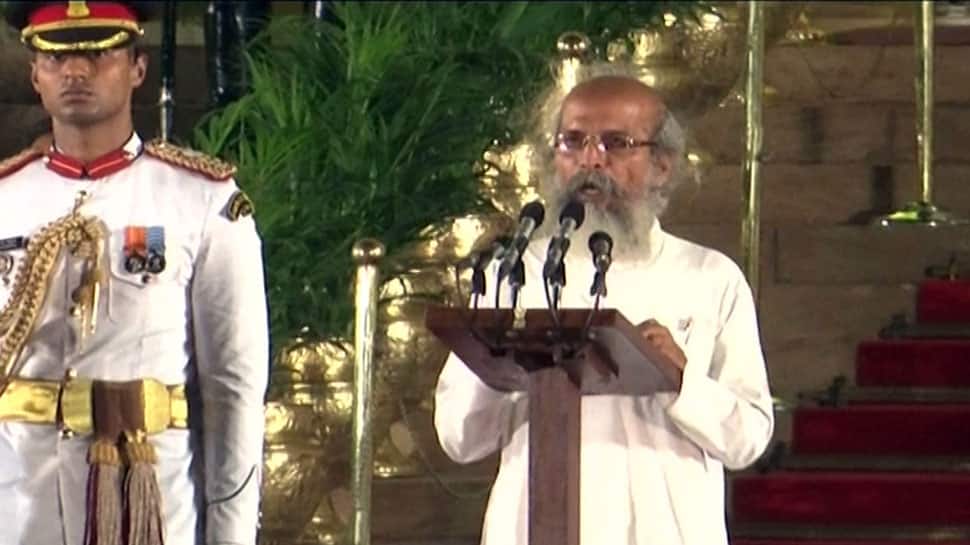 New Delhi: Overwhelmed with the love and respect he has been receiving, first time MP and minister Pratap Chandra Sarangi, who has been given the sobriquet 'Odisha's Modi', says that the comparison with the prime minister is unfair.

"I don't know why people call me Odisha's Modi. There are no comparisons at all. I am a common man while Modi is an unusual talent," Sarangi told PTI in an interview after being appointed Minister of State in the Ministry of Micro, Small and Medium Enterprises and in the Ministry of Animal Husbandry, Dairying and Fisheries.

The MP from Balasore, who stands apart from a typical politician due to his simplicity, has created a buzz on social media where photos show him standing in his modest thatched house, riding a bicycle and bathing at the village well. He also received one of the loudest applause after Prime Minister Narendra Modi during the swearing-in ceremony on Thursday.

For 64-year-old Sarangi, who once nurtured the desire to be a monk and lives an austere life, his hard work and dedication to people appear to have earned him a berth in the new Narendra Modi Government. And he is determined not to change his lifestyle. "How could it change my nature? I will live the life the way I have been living so far," he said.

On the comparison with the prime minister, he said,"Modi has taken our country to new heights. He has brought laurels for the country worldwide. His calibre and talent are beyond any comparison. I don't think that this comparison is fair."

The bachelor, who has had a long associating with the Rashtriya Swayamsevak Sangh, made his maiden entry to Lok Sabha by winning from Odisha's Balasore constituency defeating sitting BJD MP and industrialist Rabindra Kumar Jena by 12,956 votes in the Lok Sabha polls.

"I have been given a new responsibility by him (Modi). He has shown his trust in me and it is my duty to justify his trust," Sarangi added.

He said the swearing-in ceremony was an "incredible experience". "People bestowed a lot of love on me. I am grateful to god that he has given me this ability and opportunity to serve,? said Sarangi.

"Now my responsibility is towards the nation. I will understand my duties and department and will let you know about my priorities. Odisha is my janm mati (birth place) and will remain close to my heart for sure," he said.

A national executive member of BJP, Sarangi was elected to Odisha Assembly twice in 2004 and 2009 from Nilagiri constituency in Balasore district. He had also contested the 2014 Lok Sabha elections from Balasore constituency but faced defeat.

He is credited with opening a number of schools for the poor children in the tribal and remote areas of Mayurbhanj and Balasore districts of the state. After graduating from Fakir Mohan College in Balasore, the firebrand leader, who is fluent in Sanskrit, wanted to become a monk of the Ramakrishna Mutt and Mission but the Mutt encouraged him to engage in social work instead.

Thereafter, he started serving people in and around his village and got associated with RSS and VHP.