The complaint has been lodged by Tamanna Hashmi from Ahiyapur. 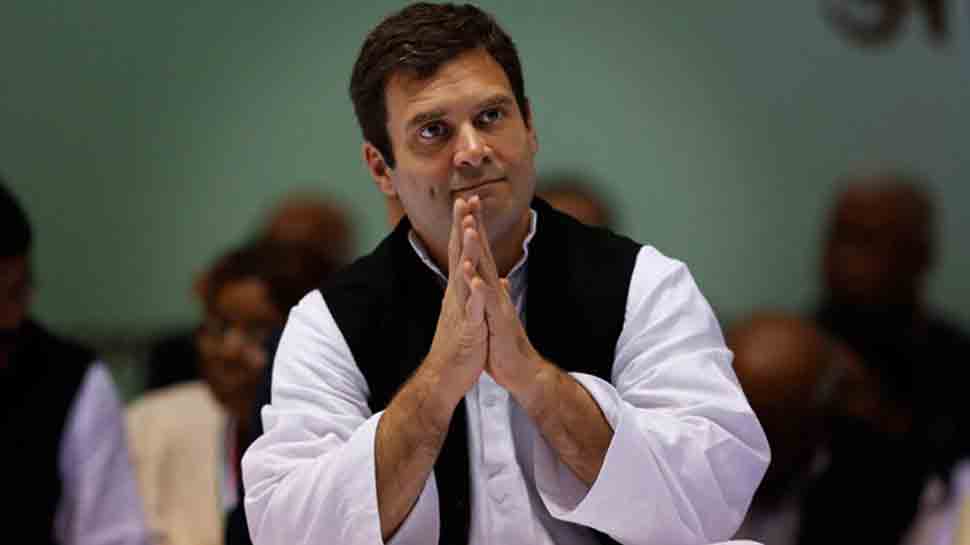 New Delhi: A complaint has been registered against Congress President Rahul Gandhi in a court in Bihar's Muzaffarpur on Tuesday over his remark where he referred to Jaish-e-Mohammed chief Masood Azhar as 'Azhar Ji'.

The complaint was lodged by Tamanna Hashmi from Ahiyapur.

The court has set the matter for hearing on May 16.

On Monday, Rahul Gandhi sparked political controversy by referring to terrorist and JeM chief Masood Azhar as 'Masood Azhar Ji' in a rally. The ruling BJP wasted no time in hitting back at the Congress chief and accused the Gandhi scion of giving honour and respect to the JeM chief.

Rahul Gandhi made the remarks, which is set to spark a row, during a speech in Delhi on Monday. "40 CRPF soldiers lost their lives. Who was responsible for the bombing? Listen, it was Jaish-e-Mohammad. Masood Azhar. Do you remember? Now, the one who has 56-inch chest, do you remember that during his previous government, the Security Advisor Ajit Doval sat with Masood Azhar Ji in an aircraft and handed him over to Kandahar," the Congress president said.

Within minutes, BJP tweeted a video of Rahul Gandhi simply saying the words 'Masood Azhar ji'. In the video, the BJP writes: "This much respect for the head of the terrorist organisation that perpetrated the attack in which 44 brave Jawans were martyred!"

Union Minister Smriti Irani also shared a similar video and asks: "What is common between Rahul Gandhi and Pakistan? Their love for terrorists."

On Sunday, Rahul had attacked Prime Minister Narendra Modi over the Pulwama terror attack by tweeting pictures of NSA Doval accompanying the Masood Azhar and two other terrorists who were released in Kandahar.

"PM Modi please tell the families of our 40 CRPF Shaheeds (martyrs), who released their murderer, Masood Azhar? Also tell them that your current NSA was the deal maker, who went to Kandahar to hand the murderer back to Pakistan," the Congress chief had said in a tweet.

The BJP on Monday responded to Rahul's allegations, stressing that Doval had no role to play in the release of the terrorist following the hijack of the Indian Airlines Flight IC 814. Government sources say that Doval had, in fact, opposed the release of Azhar and the two other terrorists who were released with him.