The data released by most exit polls predicted BJP-led NDA crossing the majority mark of 272 and even breaching the 300-mark. 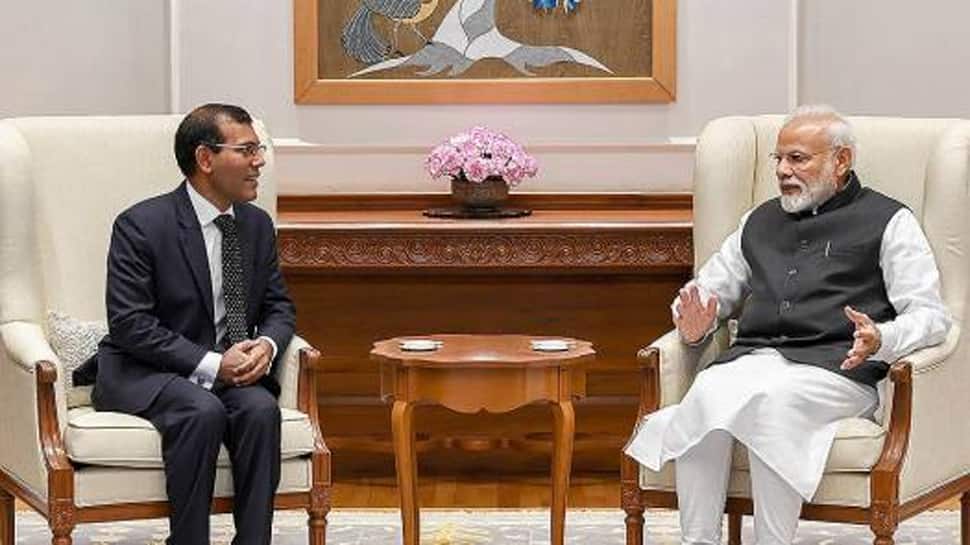 Soon after most of the exit polls declared a massive majority for Bharatiya Janata Party-led National Democratic Alliance (NDA), former Maldives President Mohamed Nasheed wished Prime Minister Narendra Modi and his party for the results. "As Indian polls close, congratulations are in order for @narendramodi and the BJP. I am sure the Maldives people and Govt will be delighted to continue their close cooperation with the PM and the BJP-led Govt," Nasheed tweeted.

The data released by most exit polls predicted BJP-led NDA crossing the majority mark of 272 and even breaching the 300-mark. The exit polls which were more conservative also showed a favourable outcome for NDA even if stopping well short of the 300-mark. Zee Maha Exit Poll crunched the numbers from different exit polls and concluded that the NDA could cruise its way to wins 303 seats while UPA would halt at 117. Others are likely to finish with a combined tally of 122.

NewsX/India News-Poll Strata predicted 242 seats for the alliance and gave a maximum of 165 seats to UPA.

For the Bharatiya Janata Party in particular, what could possibly be good news is that it is likely to sweep states like Rajasthan, Madhya Pradesh and Chhattisgarh. These states have traditionally voted for the BJP but with Congress winning assembly elections here recently, critics of BJP had begun doubting the saffron party's larger national appeal.

Modi has focussed on bettering ties with Maldives during his regime as PM. Modi had even visited Maldives in November 2018 at the swearing in of Maldivian President Ibrahim Mohamed Solih. After the visit, India had said that Modi going for the ceremony reflects India's commitment to assist the government and people of Maldives in their endeavour to build a peaceful, democratic and prosperous country.