He has written a letter to the Superintendent of Police, Jamnagar, stating that he fears he might be attacked by antisocial elements during the roadshow. 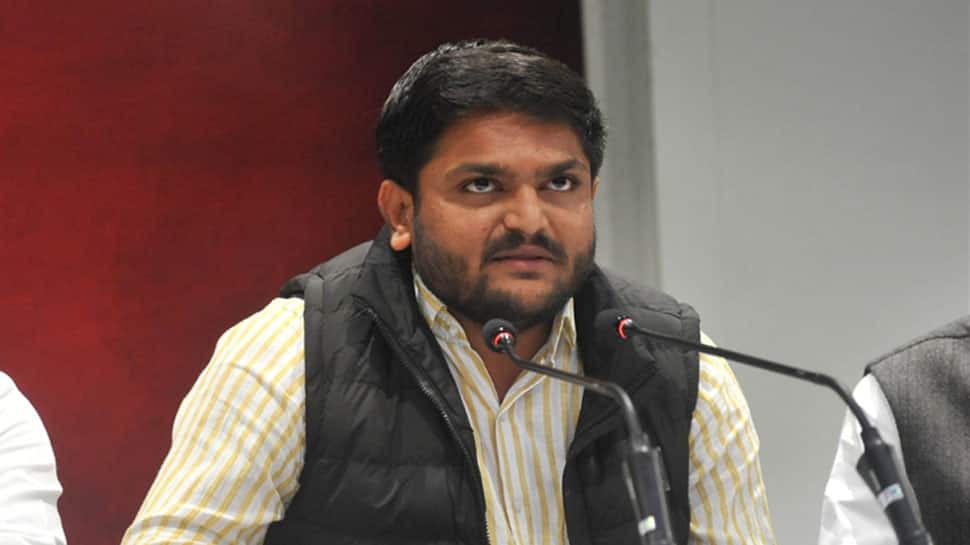 Jamnagar: After being publicly slapped at an election rally on Friday and a scuffle at another a day later, Congress leader Hardik Patel has alleged threat to his life and has requested adequate police security ahead of his road show in Jamnagar on Sunday.

He has written a letter to the Superintendent of Police, Jamnagar, stating that he fears he might be attacked by antisocial elements during the roadshow.

"I want to inform you that on 21 April in the morning at 9 am I am going to hold a roadshow in Jamnagar Rural. I want to tell you that from my personal sources I came to know that during this I might get attacked or my car might get attacked by some antisocial elements, which might be a death threat. So, I request you to give me sufficient police security during my presence in Jamnagar district," the letter stated.

A scuffle had broken out at one of Patel`s public meetings in Ahmedabad district on Saturday. A video of the incident shows that the scuffle broke out moments after he began his address. Protesters can be seen breaking chairs even as Patel requested them to remain calm.

On Friday, a man slapped Patel while he was addressing a gathering at the Jan Akrosh Sabha in Surendranagar. Patel, who joined Congress recently, had to step back from contesting elections after the Gujarat High Court rejected his plea seeking a stay on his conviction in the 2015 Mehsana riots case.

Gujarat, with 26 seats at stake, will go to polls in the third phase of elections on April 23. The counting of votes will take place on May 23.