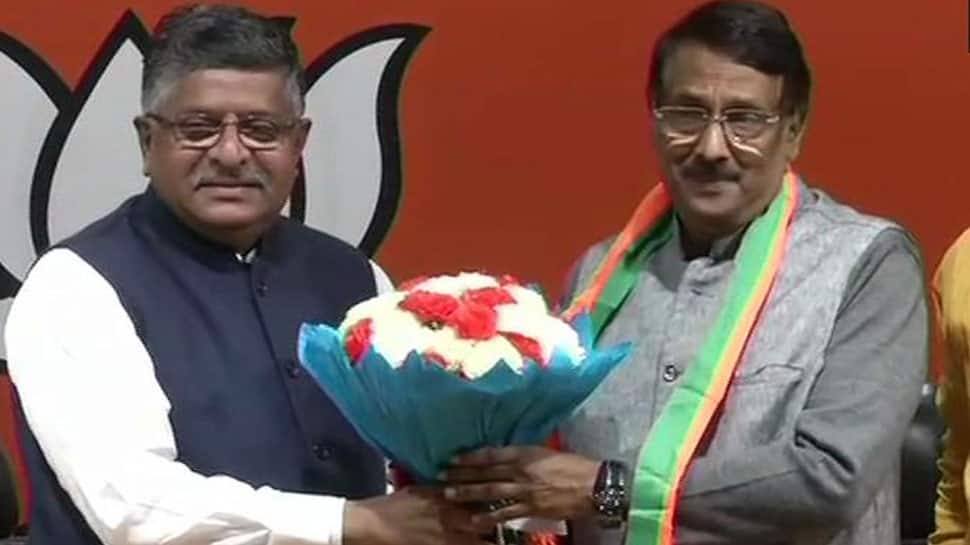 Vadakkan was formally inducted into the saffron party in the presence of Union Minister Ravi Shankar Prasad and other top BJP leaders.

Soon after joining BJP, Vadakkan attacked his former party for its ''sad'' stand on the Pulwama terror attack and India's retaliatory strikes.

"I am deeply hurt when my party (Congress) of 20 years questioned the integrity of the armed forces,'' Vadakkan said.

Tom Vadakkan: I left Congress party because when Pakistani terrorists attacked our land, my party's reaction to it was sad, it hurt me deeply. If a political party takes such a position that is against the country then I'm left with no option but to leave the party. pic.twitter.com/8oZYoFRGx4

“If some political party that takes a position against the country, then I do not have an option but to leave that party… This is not right,” he said, citing the Congress’s stance on the Balakot air strike against terror group Jaish-e-Mohammad camp in Pakistan that followed the Pulwama suicide bombing.

Vadakkan also slammed the Congress party over its dynasty politics. He said that he was "hurt" at the situation within the Congress where it was not clear that who was the power centre.

While maintaining that the Congress' reaction to attacks carried out by Pakistan-based terrorists was sad, he said that he firmly believed in Prime Minister Narendra Modi's development narrative.

He also hailed the leadership of PM Narendra Modi and thanked him and the BJP chief Amit Shah for accepting him in the saffron party fold.

''I want to thank the PM and the BJP president for accepting my primary membership of the party and wishing me good luck,'' he added.

He had earlier served as Sonia Gandhi's secretary.