The CWC comes just two days after the Lok Sabha election dates were announced on Sunday. 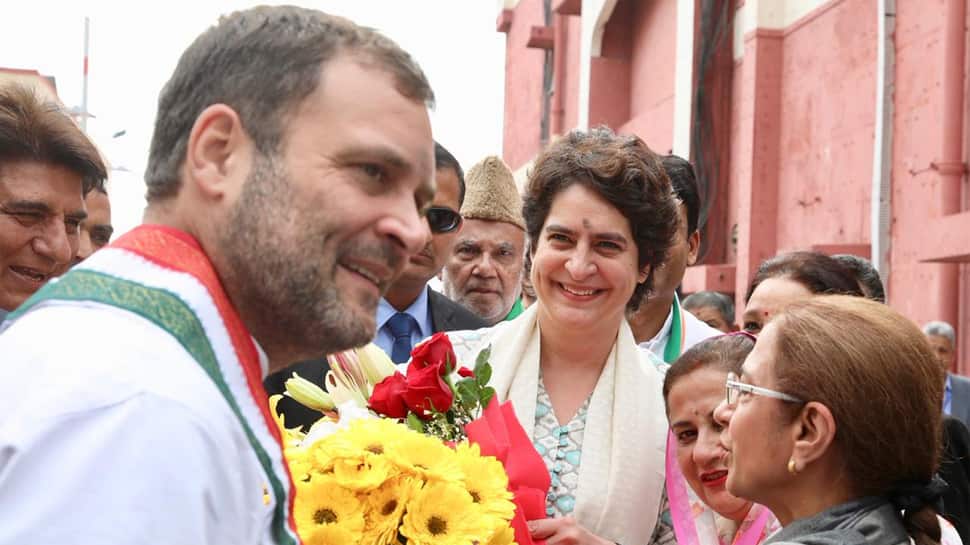 AHMEDABAD: The Congress will launch its Lok Sabha poll campaign from Prime Minister Narendra Modi's home turf Gujarat on Tuesday. The party will be holding a day-long meeting of the Congress Working Committee and a public rally in the state. Congress will also hold a public rally in Adalaj in Gandhinagar district of Gujarat with the slogan of "Jai Jawan, Jai Kisan". Congress general secretary Priyanka Gandhi Vadra is also likely to address the rally, her first after taking over an official party post.

The CWC comes just two days after the Lok Sabha election dates were announced on Sunday. During the meeting, the top Congress leadership will led by Rahul Gandhi, Sonia Gandhi and former prime minister Manmohan Singh will deliberate on the issues on which the party will focus. The meeting is being held in Gujarat after a gap of 58 years - the last being held in Bhavnagar in 1961.

"It is after 1961, a gap of 58 years, that Gujarat is going to host a meeting of Congress Working Committee. It is also being held to commemorate the anniversary of Mahatma Gandhi beginning a new chapter in India's independence struggle by launching the 'Salt Satyagraha' to Dandi on March 12, 1930," Congress's state in charge Rajeev Satav said.

"It is for the first time that Rahul, Sonia, Priyanka and Manmohan Singh, along with several leaders, would address any public rally," Satav said.

During the meeting, the top party leadership will decide on how to corner PM Modi and his government on what they call "failures" and "unfulfilled" promises of the BJP-led government.

Patidar leader Hardik Patel, who shot to fame by spearheading a quota stir in the state, will also join Congress at the meeting in presence of Rahul and other party leaders. The Patidar leader is eyeing to the contest the Lok Sabha election from Gujarat.