In a press brief in the national capital, the senior BJP leader questioned this and said it is an effort to weaken the morale of the armed forces and that it clearly undermines the forces. 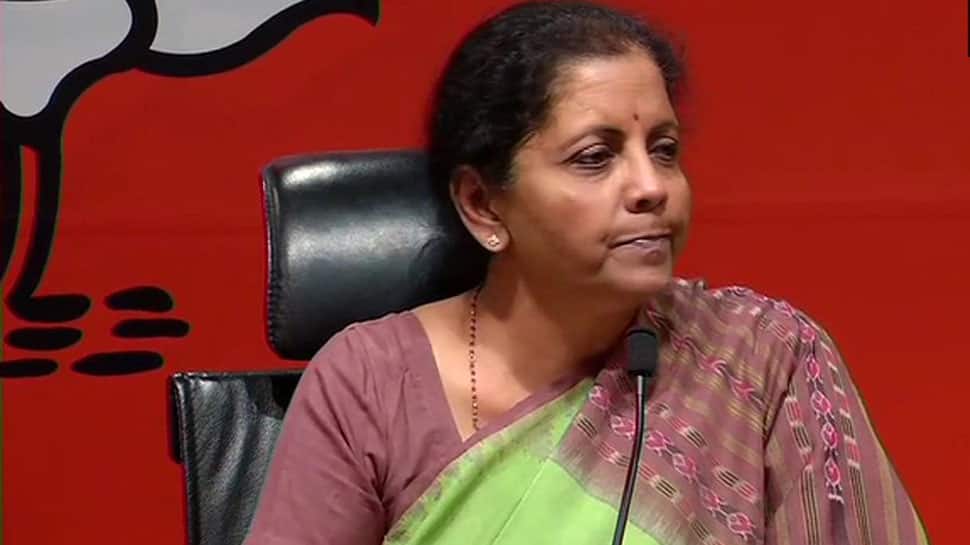 Union Defence Minister Nirmala Sitharaman on Wednesday launched a scathing attack on the Congress over their election manifesto that pledges to amend the Armed Forces (Special Powers) Act (AFSPA) in Jammu and Kashmir.

In a press brief in the national capital, the senior BJP leader questioned this and said it is an effort to weaken the morale of the armed forces and that it clearly undermines the forces. She alleged that the Congress is trying to dilute the immunity of the security forces.

Sitharaman accused the party of supporting separatists and anti-nationals. She asked that by bringing a change to AFSPA who does Congress want to help, adding that the manifesto of the party demoralises the Army.

"Our govt has removed the AFSPA from many states when it deemed it fit. A govt just can't remove it, as stated in the Congress manifesto. The Centre and state need to coordinate for its removal. It'll severely impact security doctrine," said Sitharaman.

Reiterating her stand, she warned that any change in the AFSPA's law will provide convenience to separatists and terrorists and that the Congress' suggestion is only to sensationalise their offer.

She also added that the Congress wants to reduce the power of the district level officials in Jammu and Kashmir. Citing an example of a situation, she said that currently the district officials are empowered to implement Section 144 of the CrPc when the need arises. But the Congress intends to take away this power that will lead to chaos.

"We have to work together for Jammu and Kashmir. The manifesto of the Congress is dangerous to the nation," said Sitharaman.

She alleged that after the Pulwama terror attack in which 40 CRPF personnel were killed the party had announced that they will give martyr status to the paramilitary force but nothing has been mentioned in their manifesto.

The Congress on Tuesday had released their manifesto, It questioned that if amending AFSPA was anti-national, why did the government withdraw it from Tripura, Meghalaya and some districts of Arunachal Pradesh.

The Congress, in its 54-page manifesto for the upcoming Lok Sabha poll, has promised to review the deployment of armed forces, move more troops to the border to stop infiltration completely, reduce the presence of the Army and the Central Armed Police Forces (CAPFs) in the Valley and entrust more responsibility with the Jammu and Kashmir police for maintaining law and order.