Hitting out at Congress and its leadership, Union Minister Mukhtar Abbas Naqvi claimed that the grand old party just wants a Prime Minister on contract. 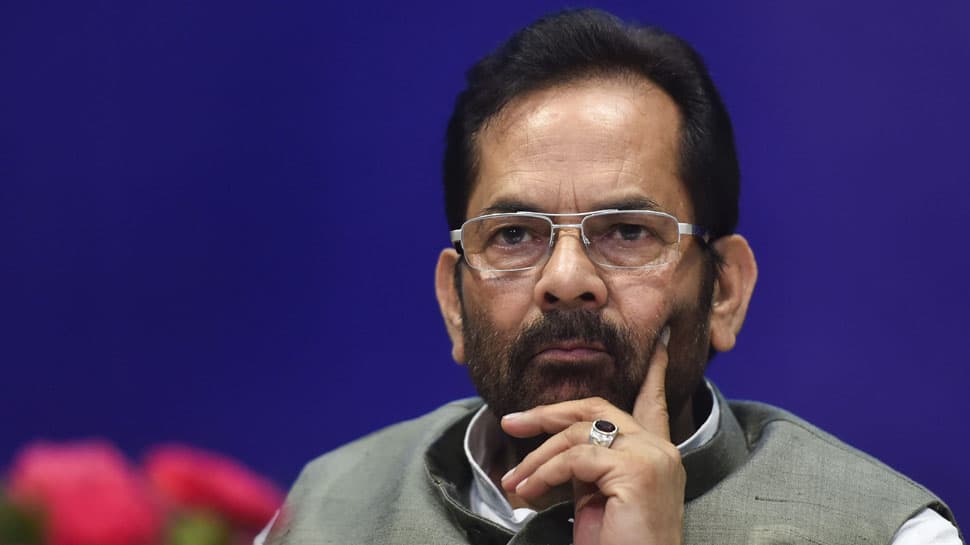 JAIPUR: Hitting out at Congress and its leadership, Union Minister Mukhtar Abbas Naqvi claimed that the grand old party just wants a Prime Minister on contract.

“Congress wants a contract Prime Minister while we and the country want a perfect Prime Minister,” said the senior BJP leader at a public meeting at Jaipur BJP office on Saturday.

“Rahul Gandhi has become very desperate. He can see his defeat very clearly,” he added.

Taking shots at the Opposition alliance, the Minister of Minority Affairs said, “Even before Congress' Mahagathbandhan has expired even before it could be formed.”

Naqvi was campaigning for Ramcharan Bohra, the BJP candidate from Jaipur.

Speaking on the measures taken by Prime Minister Narendra Modi, Naqvi said, “PM Modi has put 'Corruption on Ventilator' and 'Development on Accelerator' in the last five years, which has made “Champions of Corruption” feeling suffocated in this “atmosphere of honesty and transparency”.

“Providing equal opportunities of development to all sections of the society, without any discrimination or political prejudice, has been a major achievement of PM Modi's government in the last five years.”

“No section of society can say that it has faced any discrimination in development on basis of caste, religion, region or state. All sections have been provided equal opportunities of socio-economic-educational development by Narendra Modi Government,” he said.

“PM Modi has restored dignity and stability of the Government in last 5 years. Modi Government has proved to be a Government of Iqbal (authority), Insaaf (justice) and Imaan (integrity).”