TRS eyes another landslide in Lok Sabha lections 2019 in Telangana

In Telangana, the ruling TRS is hoping for an encore in the election after sweeping the December assembly elections, while both Congress and BJP are looking to increase their respective tallies. 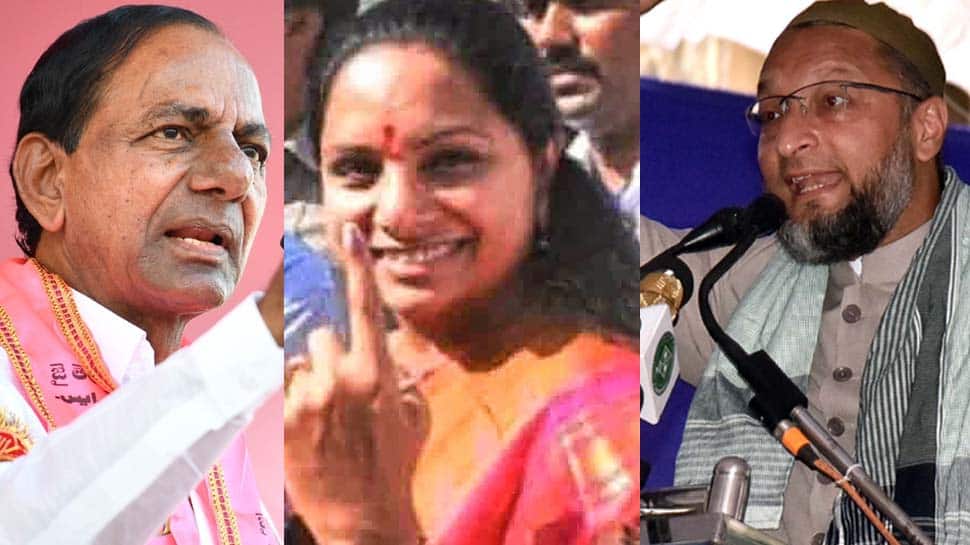 The counting of votes for the 17 Lok Sabha seats in Telangana is scheduled to take place on Thursday. Post reorganisation, Telangana on April 11 witnessed polling in the first phase and an estimated 61 per cent of voters cast their ballot for the 443 candidates in the fray. In Telangana, the ruling TRS is hoping for an encore in the election after sweeping the December assembly elections, while both Congress and BJP are looking to increase their respective tallies. The Election Commission (EC) had set up 34,603 polling stations across the state for smooth conduct of polls. The fate of the candidates will be decided on Thursday when counting of votes will take place.

* In Nizamabad, there are 185 candidates, including 178 farmers who jumped into the fray to support their demand for a remunerative price for turmeric and red sorghum and setting up of a Turmeric Board based in Nizamabad.

* Independent candidate for Nizamabad Lok Sabha constituency Akula Hanmandloo caught attention with his unique campaigning--a slipper in one hand and a resignation letter in the other, urging the voters to hit him with slippers should he fail to deliver the promises made by him during the campaign. The voters have been asked also send the resignation letter on his behalf to the assembly speaker if they were not satisfied with his work. Telangana CM K Chandrashekar Rao's daughter, K Kavitha, is a top contender in the constituency.