While polling in Uttarakhand took place on April 11, in the first phase of Lok Sabha election 2019, Himachal Pradesh voted on May 19, in the last and seventh phase. 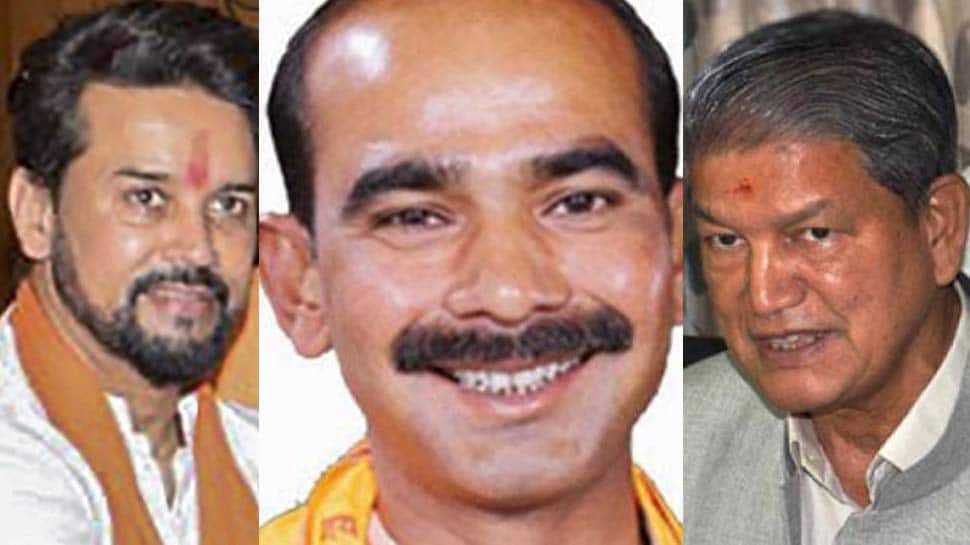 In Uttarakhand, over 78 lakh voters cast their votes for the 52 candidates in fray from the five Lok Sabha constituencies, all of which are witnessing a straight contest between the Bharatiya Janata Party (BJP) and the Congress. The saffron party had won all the seats in the 2014 Lok Sabha election. Prominent candidates are former chief minister Harish Rawat, sitting MPs Ramesh Pokhriyal Nishank, Mala Rajya Laxmi Shah and Ajay Tamta, Trivendra Singh Rawat, Manish Khanduri, Pradeep Tamta, and Ramesh Pokhriyal.

Over 57 per cent of the Uttarakhand electorate cast their vote with Nainital recording the highest voter turnout. Out of the total 11,229 polling booths, 697 were identified as sensitive and 656 as highly sensitive. The fate of the candidates will be decided on Thursday when counting of votes will take place.

The main contest is Himachal Pradesh, too, is between the ruling BJP and the opposition Congress. The prominent candidates are Anurag Thakur, Aashray Sharma, Ram Swaroop Sharma, Kishan Kapoor, and Ram Lal Thakur.

In Himachal Pradesh, more than 53 lakh voters exercised their franchise votes for the 45 candidates in the fray. Over 71 per cent of the electorate cast their vote with Mandi recording the highest voter turnout. The Election Commission (EC) has set up 7,723 polling stations across the state for smooth conduct of polls. The fate of the candidates will be decided on Thursday when counting of votes will take place.

In Haridwar. BJP's Ramesh Pokhriyal 'Nishank' faces Congress candidate Ambrish Kumar. Interestingly, Ambrish had left Congress to join Samajwadi Party before making a return in 2014. In Almora, BJP’s Ajay Tamta is against Pradeep Tamta of the Congress. Ajay Tamta has been the face of BJP in Almora Lok Sabha constituency and is contesting again from the seat. Congress has fielded Manish Khanduri, son of former state CM BC Khanduri from Garhwal. BC Khanduri is an influential BJP leader in the state and his son contesting the election on a Congress ticket could hit his image and that of his party.

Former BJP Uttarakhand unit chief Tirath Singh Rawat, who is believed to be very close to the senior Khanduri, has been pitted against Manish. In Nainital-Udhamsingh Nagar, Ajay Bhatt of the BJP has been fielded against Congress' Harish Rawat. The contest in Tehri Garhwal is between Congress' Pritam Singh and BJP's Mala Rajya Laxmi Shah.

Himachal Pradesh Exit polls: The number of seats that the exit poll has predicted are--Today's Chanakya BJP (4 ± 1) and Congress (0 ± 1).