Releasing the list of candidates which included another woman, party president M K Stalin said Maran will contest from Central Chennai, A Raja from Nilgiris (SC) and T R Baalu from Sriperumbudur constituencies, which they had won in 2009. 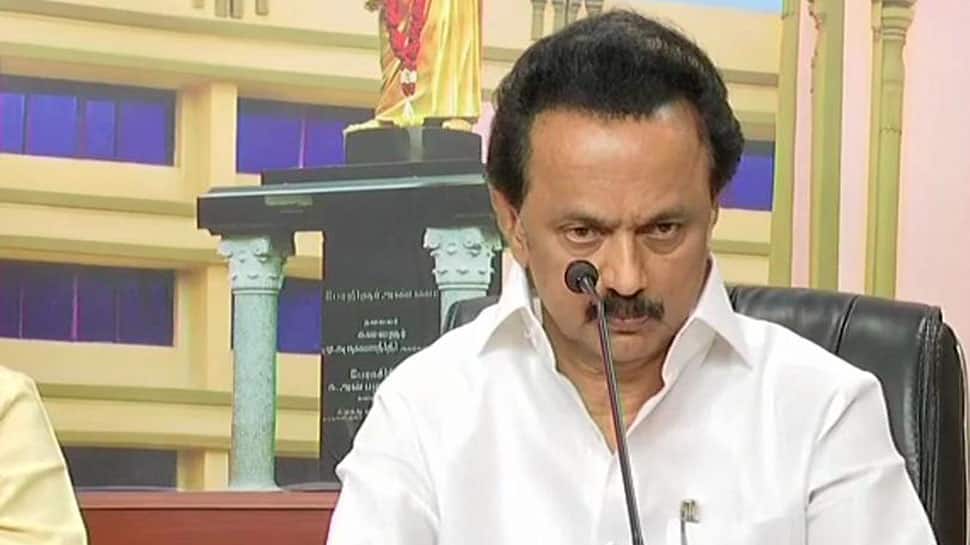 Chennai: DMK on Sunday announced former union ministers Dayanidhi Maran, A Raja and T R Baalu and its Rajya Sabha member Kanimozhi among its candidates for the 20 Lok Sabha constituencies it is contesting in Tamil Nadu.

Releasing the list of candidates which included another woman, party president M K Stalin said Maran will contest from Central Chennai, A Raja from Nilgiris (SC) and T R Baalu from Sriperumbudur constituencies, which they had won in 2009.

Stalin's sister and Rajya Sabha MP Kanimozhi will for the first time try her luck in the Lok Sabha polls as she had been fielded in Tuticorin constituency in southern Tamil Nadu.

A total of 12 candidates are new faces.

In the April 18 elections, DMK is contesting 20 out of the 39 Lok Sabha seats in the state, leaving the rest to its allies, including Congress. The party had drawn a blank in the 2014 polls when it contested 34 seats while its arch-rival AIADMK romped home winning 37 segments. Congress had gone alone but failed to win a single seat.

Replying to questions from reporters, Stalin said DMK's manifesto will be released soon. It would be both the "hero and heroine and definitely not a villain," he added.

DMK also named its candidates for bypolls to the 18 assembly constituencies in the state to be held along with the Lok Sabha polls on April 18. Former union ministers of state S Jagathrakshagan and S S Palanimanickam have been fielded in Arakkonam and Thanjavur constituencies.
Kanimozhi's Rajya Sabha terms end in July this year.

Parthiban was a former DMDK MLA (2011-16) and represented Mettur constituency in Salem district. He had quit the Vijayakanth-led party to form the Makakl DMDK and later joined the DMK. Stalin released the list of candidates after visiting the mausoleum of his late father and party patriarch M Karunanidhi at the Marina beach here. He placed the list on the floor and paid floral tributes, symbolising seeking the late leader's blessings.

Stalin also named his party candidate for the bypoll to an assembly seat (Thattanchavadi) in neighbouring Puducherry.