Babul Supriyo threatened a polling agent at the election booth. 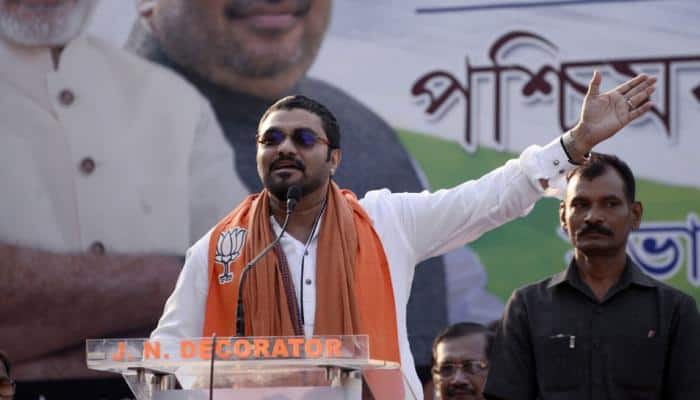 The Election Commission on Monday filed an FIR against Union Minister and Bharatiya Janata Party (BJP) candidate from Asansol Babul Supriyo for entering a polling booth and threatening a polling agent and an officer there.

"An FIR has been filed against the candidate (Babul Supriyo) for entering Barabani booth with his armed guards. Another FIR was filed against unknown persons for car vandalism," Additional Director General of Police Siddhi Nath Gupta told reporters.

Footage of Supriyo threatening the polling agent at booth number 199 in Bonabani came into the light too. The presiding officer also confirmed to EC of intimidation by Supriyo.

Earlier in the day, the EC had sought a detailed report on the incident. His car was also vandalised in Asansol. After which, he alleged that TMC workers have been trying to influence voters in Asansol.

"There is enough proof that voters here were either being influenced to vote in a particular way or being forced to. TMC workers have also been stopping some people from voting when they refused to be directed," he said.

"This is happening all over West Bengal but mostly in Asansol. Here, polling agents have not been allowed to leave their homes," he added.