Sujay Vikhe-Patil was welcomed to the party fold by CM Devendra Fadnavis and other BJP leaders. 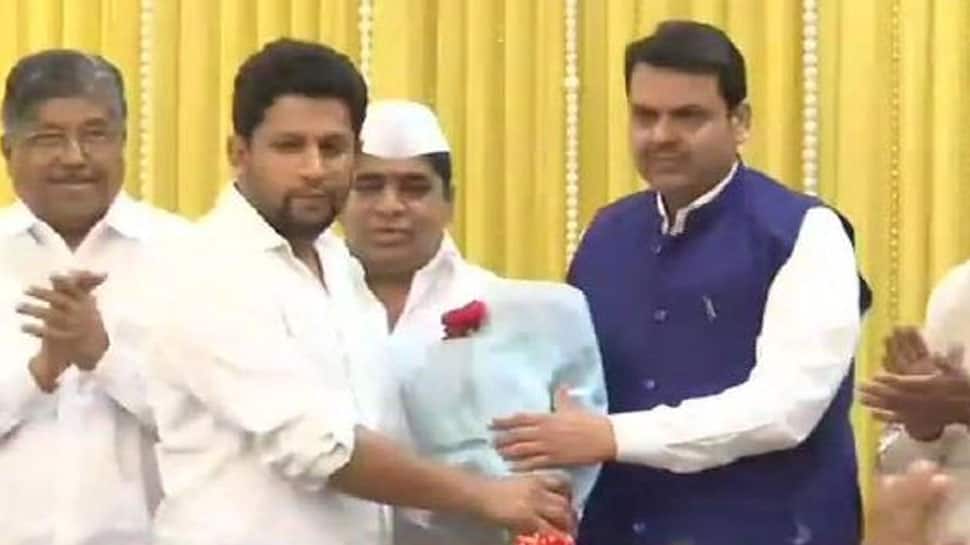 Mumbai: In an embarrassment to the Congress, Sujay Vikhe-Patil, son of the Leader of Opposition in Maharashtra Assembly, Radhakrishna Vikhe-Patil, on Tuesday joined the ruling Bharatiya Janata Party (BJP).

Sujay Vikhe-Patil was welcomed to the party fold by several senior leaders including Chief Minister Devendra Fadnavis and state party chief Raosahabe Danve-Patil who offered him a BJP flag.

Along with Sujay Vikhe-Patil, several other prominent leaders and legislators from Ahmednagar district are likely to join the BJP.

According to present indications, Sujay Vikhe-Patil is likely to be fielded from the Ahmednagar Lok Sabha seat, considered a bastion of the renowned Vikhe-Patil clan, of which Sujay belongs to the fourth-generation.

The development follows the Sharad Pawar-led NCP spurning a request by Radhakrishna Vikhe Patil to leave aside the Ahmedanagar Lok Sabha seat for his son.