'Expiry babu', not even one TMC councillor will go with BJP: Derek O'Brien responds to PM Modi 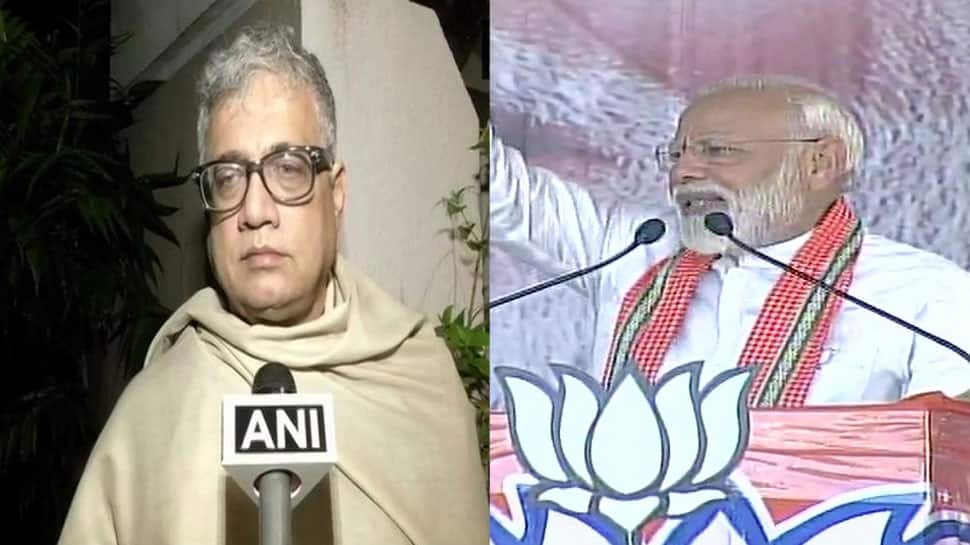 KOLKATA: West Bengal's ruling Trinamool Congress party lashed out at Prime Minister Narendra Modi after he asserted that all its lawmakers will switch to BJP once the saffron party wins polls.

Leading the TMC charge, senior party leader Derek O'Brien referred to the PM as 'expiry babu' and said that not even a single party councillor will go with the BJP.

Brien also threatened to lodge a complaint with the Election Commission against the PM on horse-trading charges.

"Expiry Babu PM, let’s get this straight. Nobody will go with you. Not even one councillor. Are you election campaigning or horse trading! Your expiry date is near," the TMC MP tweeted.

Expiry Babu PM , let’s get this straight. Nobody will go with you. Not even one councillor. Are you election campaigning or horse trading! Your expiry date is near. Today, we are complaining to the Election Commission. Charging you with horse trading #LokSabhaElection2019

The response from Mamata Banerjee's party came shortly after the PM warned that all TMC lawmakers are in touch with him and they will quit their party once the BJP emerges victorious in the 2019 Lok Sabha election.

"Didi, on May 23, the day of results, the lotus will bloom everywhere and your MLAs will leave you and run. Even today, Didi, 40 of your MLAs are in contact with me," PM Modi said while addressing a rally in West Bengal's Sreerampur.

PM Modi also attacked the TMC chief for 'not allowing the people of West Bengal to go and cast their vote'.

"The TMC goons are preventing people from casting votes," the PM alleged in his speech.

Referring to the accusations made by the Oppositions, PM Modi said, "Earlier only Modi was abused, now even EVMs are. Opposition's campaign revolves around abusing Modi. If you remove these abuses, nothing will be left."

The PM warned TMC supremo and said, ''With a handful of seats, 'Didi' you cannot reach Delhi. Delhi is far away.''

Further accusing the Chief Minister of misusing her powers, the PM alleged that 'Didi' wants to act as her private security agency in the West Bengal.

He further warned that in the coming days, it would be difficult for the Chief Minister to survive, "since you have betrayed the people" - in an apparent reference to the several Ponzi cases that hit West Bengal over the last three years.

Accusing the Mamata Banerjee government of blatant corruption, he said, "From permission to admission, people have to shell out money. Those who don't agree with their ideology, they are hanged".

Remarks from the PM came in the wake of reports of violence in the first few hours of polling in West Bengal, where the fourth phase of elections is currently underway in eight Lok Sabha constituencies.

A total of 1,34,56,491 electorate is set to decide the fate of 68 candidates Monday in the eight constituencies - Baharampur, Krishnanagar, Ranaghat (SC), Burdwan East (SC), Burdwan-Durgapur, Asansol, Bolpur (SC) and Birbhum.

The counting of votes will be done on May 23.