The Patel community was a huge support structure for the BJP during its continuous rule in Gujarat since 1995. 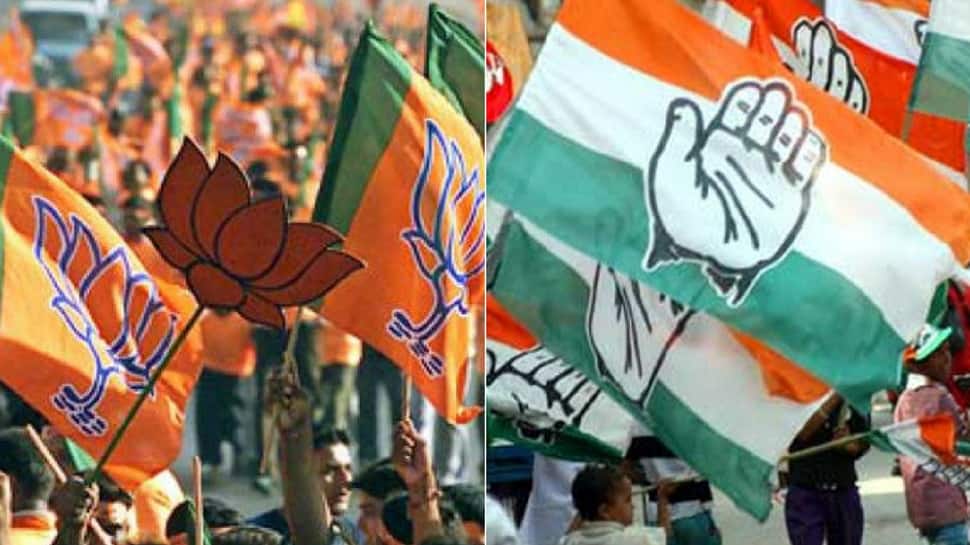 GANDHINAGAR: With the filing of nominations for the Gujarat`s 26 Lok Sabha seats coming to a close on Thursday, the opposition Congress has doubled its Patidar nominees on the back of its improved performance in the 2017 Assembly elections, while the ruling BJP has fielded only one more than five in the 2014 parliamentary polls.

During the 2014 general elections, when the Bharatiya Janata Party (BJP) had won all the 26 Lok Sabha seats, there were five Patel contestants while the Congress had fielded only four. This time it is six and eight, respectively.

Besides, for the bye-elections to four Assembly seats, all the Congress candidates are Patels while the BJP has fielded only two Patidars -- one each from the Ahir and one Koli communities. The bye-elections were necessitated after four Congress MLAs resigned to defect to the BJP.

Firebrand leader Hardik Patel`s Patidar agitation which began in 2015 had a drastic impact on the political scenario of the state, when the BJP lost a huge share of Patidar votes to the Congress party.

The Patel community was a huge support structure for the BJP during its continuous rule in Gujarat since 1995, but this was shaken by Hardik Patel`s Patidar Anamat Andolan Samiti (PAAS), though he was not with the Congress then.

Since 2015 reservation stir, the saffron party`s stronghold weakened, right from the local body elections at the district level to the 2017 Assembly elections. In 2017, the BJP had its thinnest victory margin ever, forming the government with just 99 seats or only seven more than a sure-shot defeat in the 182-member Assembly and the Congress won its maximum of 77 since the BJP came to power.

Despite this, the BJP has sought to field only six as against five in 2014 from the Patel community this time, keeping its focus on a mix of candidates. The BJP`s Patidar candidates include Ramesh Dhaduk for Porbandar seat, Mitesh Patel for Anand, Sharda Patel in Mehsana, Mohan Kundariya in Rajkot, Narayan Kachhadiya in Amreli and Hasmukh Patel from Ahmedabad East.

The Congress has fielded eight Patel candidates, up from four in the 2014 Lok Sabha elections. It could even have been nine had the firebrand leader Hardik Patel, who recently joined the Congress, could contest from Jamnagar constituency. Patel`s plea in the Supreme Court for a stay on his conviction in a riot case was deferred.