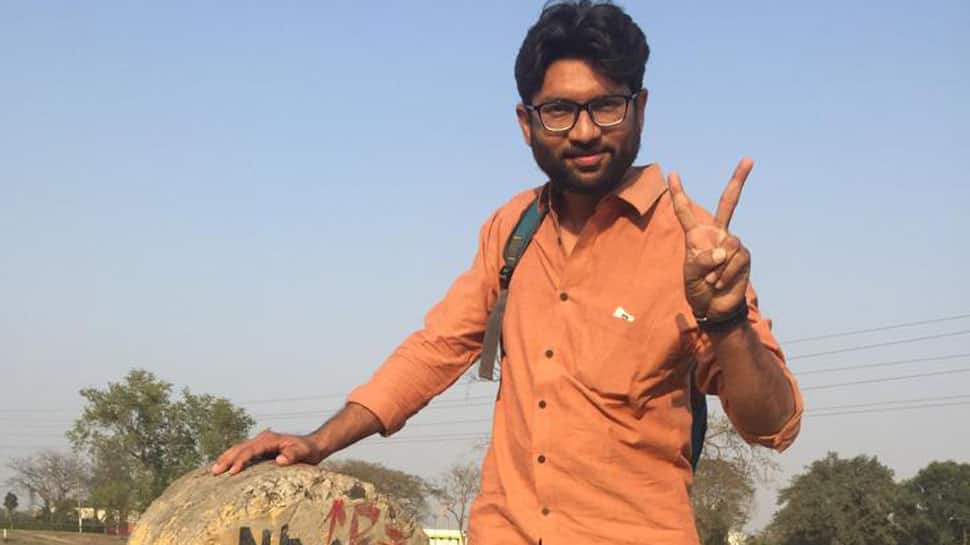 Patna: Gujarat MLA Jignesh Mevani, who had spearheaded a Dalit movement in his state a couple of years ago, on Thursday campaigned for former JNU students' union president Kanhaiya Kumar the CPI candidate from Begusarai Lok Sabha seat in Bihar.

The social media was abuzz with pictures of the two young politicians traversing the dusty tracks of Begusarai, sometimes on foot and sometimes pillion riding on bicycles, as they addressed several small political meetings seeking support for the upcoming Left leader.

Both Kumar and Singh belong to the influential Bhumihar community which in the recent years have been more inclined towards the BJP though in Begusarai, they have been till a few decades ago supportive of the CPI which has sent many MLAs and MPs to the state assembly and parliament respectively from the district.

Kumar would need the support of Dalits in order to provide a credible challenge to the Bharatiya Janata Party (BJP) candidate, almost twice his age and armed with the saffron party's huge election machinery.

Moreover, Lalu Prasad's Rashtriya Janata Dal (RJD) may end up making the contest tougher for the poll debutant as it plans to field a Muslim candidate from Begusarai, going back on its earlier stand of supporting Kumar's candidature.

Left sympathisers across the country have been keenly watching the electoral battle in Begusarai, as a victory for Kumar could indicate that the moribund communist parties were showing signs of revival.

There have been reports that more than Rs 20 lakh have been raised in the former JNU student leader's favour, through crowdfunding and Bollywood personalities Javed Akhtar and Shabana Azmi were likely to lend a whiff of glamour by taking part in his election campaign