Hardik Patel will join Congress in presence of Rahul Gandhi. 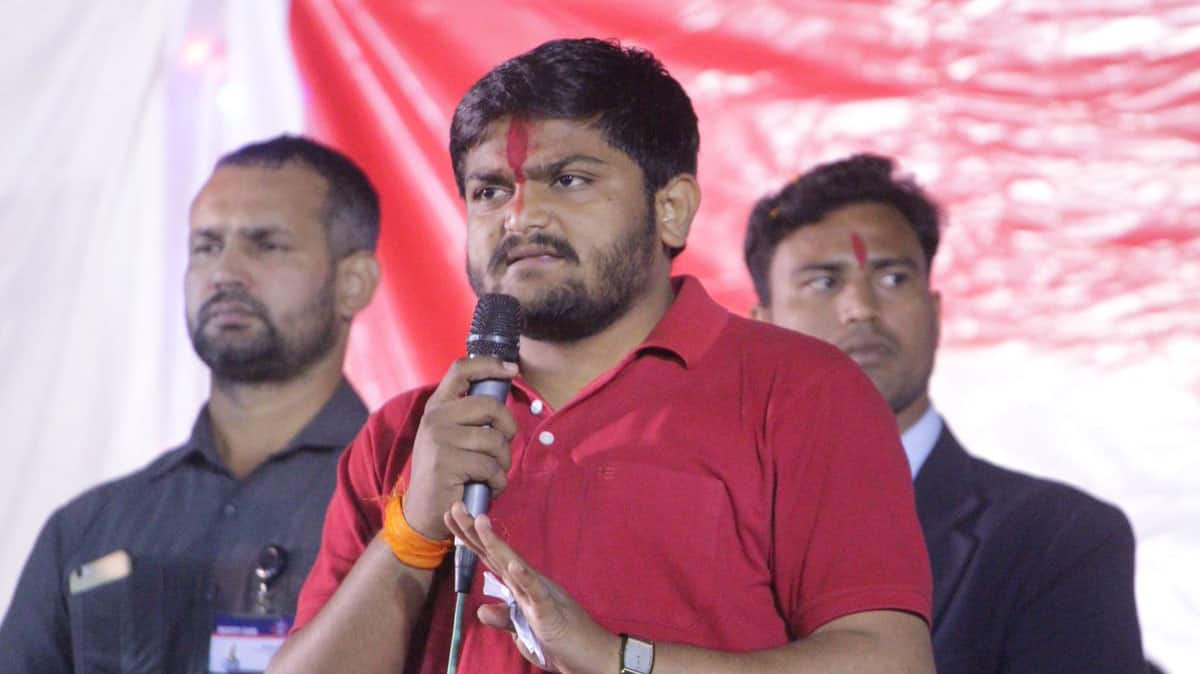 The influential Patidar leader had on Sunday announced that he will join Congress on March 12.

He also intends to contest the upcoming Lok Sabha election 2019 if rioting cases filed against him are not a "hindrance".

"To give shape to my intentions to serve society and the country, I have decided to join Indian National Congress on 12th March in presence of Shri Rahul Gandhi & other senior leaders," Patel had said in a tweet on March 10.

"I would also like to state that if there is no legal hindrance and party decides to field me in electoral politics, I would abide by the party's decision. I am taking this step to serve 125 crore citizens of India," he said in another tweet.

However, Patel's plans to contest the Lok Sabha polls, the schedule of which was announced by the Election Commission of India on Sunday, may be possible only if he clears legal hurdles.

He has been convicted and sentenced to two years in a riot case connected to the 2015 Patidar quota agitation, which bars him from contesting polls.

In July last year, the sessions court of Visnagar in Mehsana district had sentenced him to two years imprisonment for rioting and arson which took place in Visnagar town in 2015.

While his jail term has been stayed by the court, his conviction has not been suspended. Patel has filed a petition in the Gujarat High Court seeking a stay on his conviction by a lower court.

Patel has filed a petition in the Gujarat High Court seeking a stay on his conviction by a lower court.

Earlier, on Friday, the Patidar Anamat Andolan Samiti (PAAS) had given the go-ahead to Patel to join the Congress.

Patel has earlier said that he may contest Lok Sabha polls from Jamnagar seat.

While Congress state unit chief Amit Chavda said Patel's induction into the party would strengthen it, Gujarat Chief Minister Vijay Rupani said the decision proved that the PAAS leader was a "design of the Congress".

The Congress Working Committee will also meet in Ahmedabad on Tuesday 12 and later the party leaders hold a rally in Adalaj in Gandhinagar.