The 58-member Union Council of Ministers includes those holding the 25 Cabinet ranks, nine Ministers of State (Independent charge) and 24 Ministers of state. 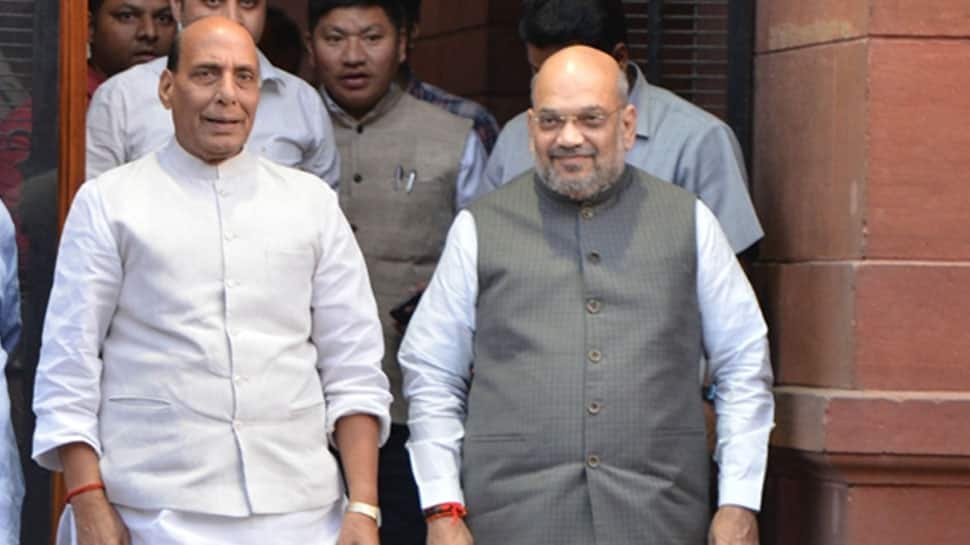 Union Home Minister Amit Shah and Defence Minister Rajnath Singh will formally take charge of their respective ministries on Saturday, a day after the portfolios were allocated to them in the newly elected Narendra Modi government. The 58-member Union Council of Ministers includes those holding the 25 Cabinet ranks, nine Ministers of State (Independent charge) and 24 Ministers of state. While Shah has made his debut at the Centre with the Home Ministry after replacing Singh, the latter has replaced Nirmala Sitharaman as the new Defence Minister.

Before taking charge of his ministry, Singh will visit the National War Memorial in Delhi. "Shall visit the National War Memorial tomorrow morning and pay tributes to our brave soldiers who sacrificed their lives in service to the nation. Later I shall be formally taking charge as the RM of this country. Look forward to further strengthen National Security and Defence," Rajnath said in a tweet.

Shall visit the National War Memorial tomorrow morning and pay tributes to our brave soldiers who sacrificed their lives in service to the nation. Later I shall be formally taking charge as the RM of this country.

According to news agency ANI, the three services -- Army, Air Force and Navy have prepared a presentation for the new Defence Minister about their plans for modernisation.

Shah will take charge on Saturday at 11.30 am. Called as 'Chanakya' for his excellent organisational skills, Shah will have to address issues like scrapping the special status given to Jammu and Kashmir under Article 370 of the Constitution as promised in the party manifesto during the recent Lok Sabha election.  Shah`s first responsibility will be to ensure that Pulwama like attacks on security forces or on civilians, especially in Jammu and Kashmir, do not take place for which he has to take steps to revitalize the security establishment. The other major issue that will come up for review in the Home Ministry will be whether to continue with the muscular anti-terror policy being pursued in Kashmir and whether the government would give an opportunity for internal dialogue with various stakeholders in the troubled state.

As India's new defence minister, Singh's one of the crucial challenges will be to ensure peace and tranquillity along the frontier with China while developing required military infrastructure to deal with any possible Chinese hostility. As he takes charge of the ministry just three months after India carried out air strikes on a terrorist training camp in Pakistan's Balakot, it is expected that he will continue with the policy of hot pursuit in dealing with cross border terrorism. Containing infiltration of terrorists into Jammu and Kashmir from Pakistan will be another key focus area. As the Defence Minister, Singh will face the challenge of strengthening the combat capabilities of the Army, Navy and the Air Force due to changing regional security matrix and geo-political dynamics.