In an apparent effort to strike a chord with the youth and 45 million new voters, Aditya has come up with a new platform named ‘Aditya Sanvad’. 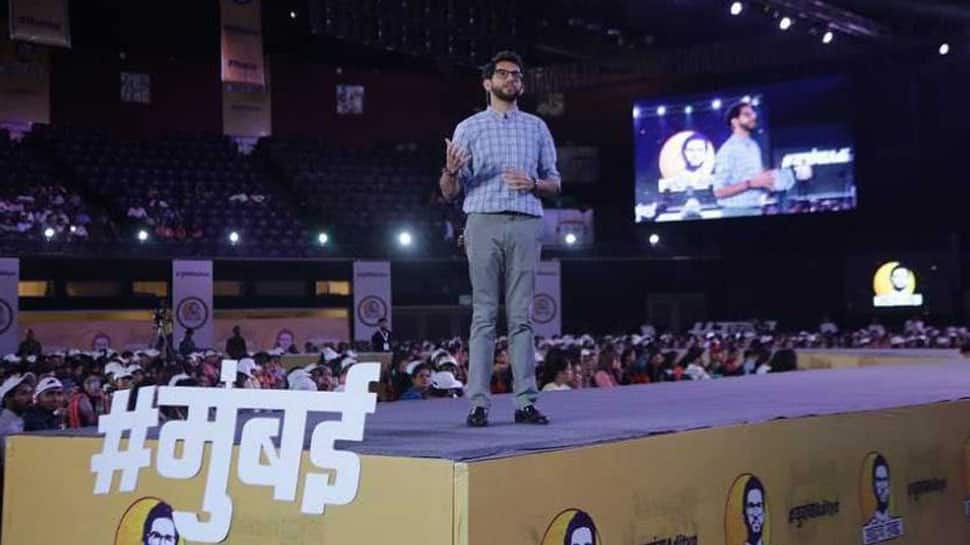 Aditya's Yuva Sena is trying to give a new voice to the party that has largely been viewed as conservative in its view. Aditya, the young face of Shiv Sena, is consciously making efforts to change the image of Shiv Sena by discussing contentious issues in public domain and reaching out to the people who are not considered the vote bank of Shiv Sena.

In an apparent effort to strike a chord with the youth and 45 million new voters, Aditya has come up with a new platform named ‘Aditya Sanvad’. The young Sena leader is using this platform to get in touch with youth of Maharashtra. He is also using this platform to take feedback from the common people and trying to create a blueprint for the future of state using the feedbacks received from them.

Aditya's approach is unique because in India, political campaigns are mostly about road shows, rallies, and big speeches. And, Aditya is the only leader who has shown interest in listening to the views of public and trying to establish a two-way communication with them. Through ‘Aditya Sanvad,’ the young Sena leader has been taking on questions from the audiences on a range of issues, including nepotism, relations with the MNS, Shiv Sena’s vision for the state, etc.

The event of Aditya Thackeray is different from other political events because it has a concert like stage set-up with bands and local artists performing before the interaction. After the event, Aditya’s team distributes cards that have a number where people can call him/ his team, and provide feedback or raise their concerns.

At his office, Aditya has set-up a special team of callers to tackle the traffic on this phone number. According to Yuva Sena, the events of Aditya have been highly successful with over thousands of youth attending it across Maharashtra

Another major change which Aditya has brought in Shiv Sena’s campaign style is that the party has now started to recognize the growing significance of the untapped capacity and talent of women leadership and cadre. The Shiv Sena has now accepted the fact that a full-fledged and equitable participation of women is required to make the party strong and vibrant. This vision has led to the birth of Yuvati Sena, which is made up of idealistic, young, college-educated volunteers.

The Yuvati Sena is tasked with holding direct, face-to-face interactions with demographically representative pool of voters - including those who are against the ideological leanings of Shiv Sena. Around 1,000 female volunteers are currently part of Yuvati Sena.

The volunteers are connecting with the people who live in areas where Shiv Sena has not been strong. The Yuvati Sena was also behind the successful culmination of  Aditya Sanvad in Mumbai which was organised on April 22.

Both these campaigns launched by Aditya Thackeray are unique in their own way. While Yuva Sena is focused at bringing youth in Shiv Sena, the Yuvati Sena is paving for a larger role for women in politics, both at the leadership as well as cadre level.