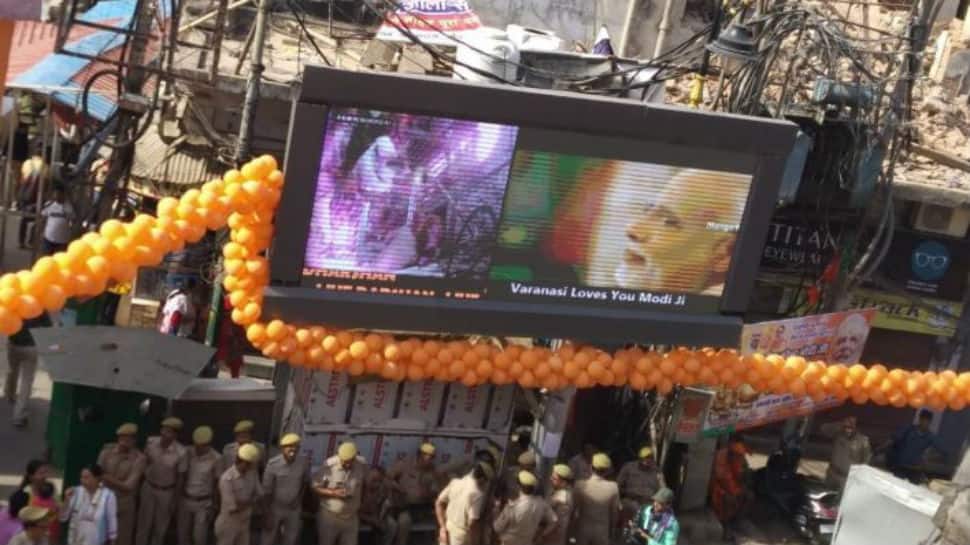 Varanasi Lok Sabha seat reposed its complete trust and faith in Narendra Modi in the recently concluded Lok Sabha election 2019 to play a part in Bharatiya Janata Party receiving a huge mandate. PM Modi contested the election from here for the second time and once again won by a mammoth margin. He is scheduled to visit the holy city on Monday and Varanasi has been brimming with activity to welcome him once again.

#WATCH: Artists perform in Varanasi ahead of PM Narendra Modi's visit to the city today. pic.twitter.com/DyBWMudFEi

PM Modi, who will take oath on Thursday, will visit Varanasi to express his gratitude to voters who put their trust in him yet again. As expected, security here is extremely tight with PM Modi scheduled to land at Lal Bahadur Shastri Airport from where he will depart for Police Line in a chopper. From here, he will proceed towards Baba Vishwanath Temple where he will offer prayers. After thanking God, he will proceed on a roadshow which will pass through Kacheri Chowk, Nadeshr, Chowka Ghat, Loharbir, Kabir Chowk and make way to Vishwanath Temple. Large LED screens have been installed at the temple which will live stream visuals from inside as PM Modi offers prayers here.

From here, PM Modi will make way to Trend Facility Centre where he will interact with party workers and then address the people of the city, before returning to Delhi.

Through the entire schedule, PM Modi will be joined by BJP chief Amit Shah and Uttar Pradesh Chief Minister Yogi Adityanath. The major points in the city have been decorated with balloons and flowers.