Tamil Nadu Minister KT Rajendra Balaji said that though Jayalalithaa did not join hands with Modi in 2014, she always respected him. 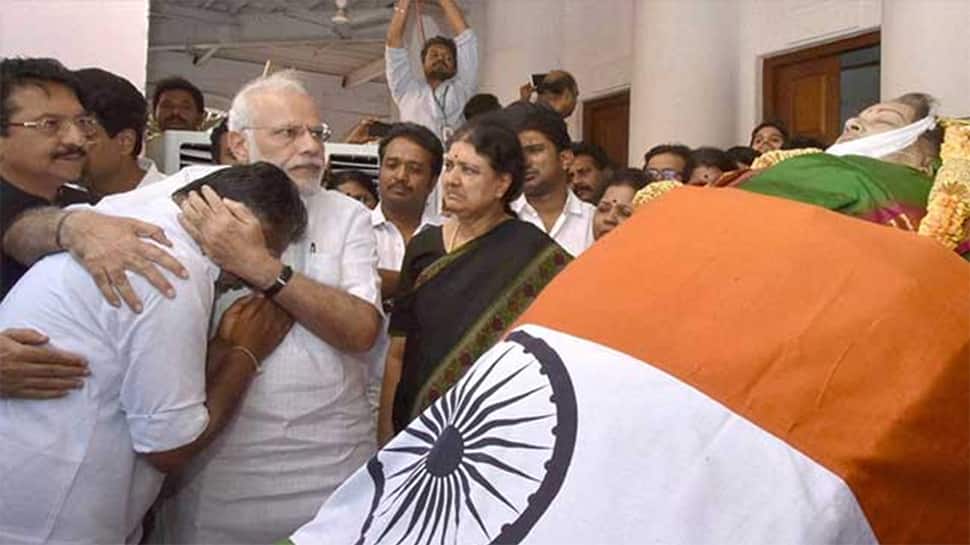 Srivilliputhur: Prime Minister Narendra Modi is the 'daddy' of India and also for the All India Anna Dravida Munnetra Kazhagam (AIADMK), Tamil Nadu Minister KT Rajendra Balaji said on Saturday. He added that in the absence of former AIADMK chief Jayalalithaa, the party has accepted PM Modi's leadership.

"When Amma (Jayalalithaa) was alive, she was in full control of the party. Her decisions were her own. So, it was a different time. But in today's context due to the absence of Amma, Modi is our daddy. He is India's daddy. So, we have accepted his leadership," he said.

He also added that though Jayalalithaa did not join hands with Modi in 2014, she always respected him. "In 2014, Jayalalithaa contest alone to show the strength of Tamil Nadu. Otherwise, she did not have any issue (with Modi). She respected Modi," he claimed.

The BJP and the AIADMK have sealed a deal under which the two parties will be fighting the upcoming Lok Sabha election together. As per the arrangement, the BJP will contest on 5 seats in the 'mega alliance'. The AIADMK has also clinched a deal with the PMK, offering the Vanniyar-based party seven out of 40 seats, including one in the neighbouring union territory of Puducherry. It was not clear yet how many seats the AIADMK would contest.

Union Railways Minister Piyush Goyal, who is BJP’s leader in-charge of Tamil Nadu, had earlier exuded confidence that the alliance will win all 40 Lok Sabha seats in the state and will work for the welfare of the country. "Politics is all about possibilities. We are confident that the people of India and Tamil Nadu will give a strong and decisive mandate that will make a strong government in the country and ensure all-round development," the minister said.