The parliamentary constituency includes cities like Noida and Greater Noida, as well as rural areas covering the Assembly segments of Khurja, Sikandrabad, Dadri and Jewar. 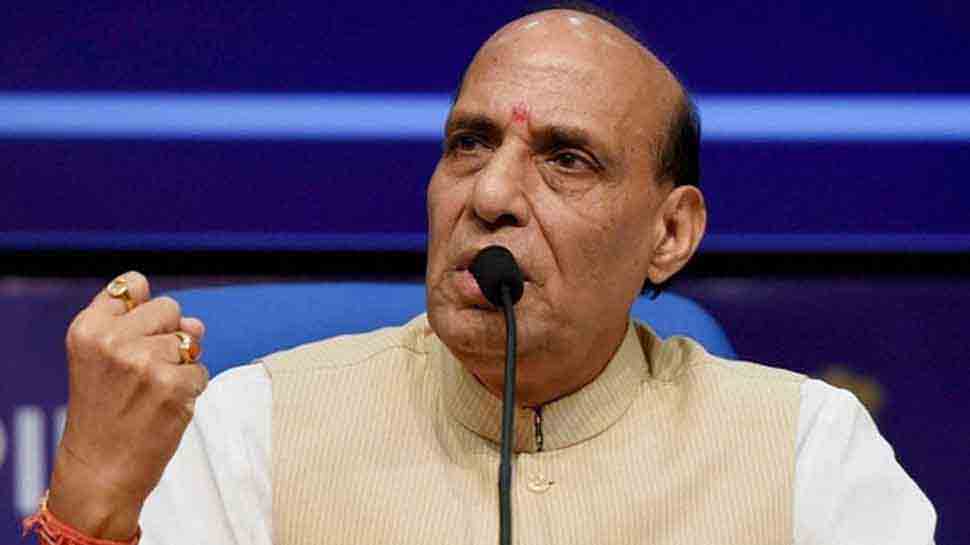 New Delhi: Home Minister Rajnath Singh, who represents Lucknow in the present Lok Sabha, may be fielded from the prestigious Gautam Buddh Nagar parliamentary constituency replacing sitting MP and Union minister Mahesh Sharma, who is likely to be shifted to Alwar in Rajasthan.

In the wake of the Samajwadi Party (SP)-Bahujan Samaj Party (BSP) alliance in Uttar Pradesh, Prime Minister Narendra Modi and Bharatiya Janata Party (BJP) chief Amit Shah, it is learnt, are working on their time-tested formula of denying tickets to sitting members to beat anti-incumbency.

The parliamentary constituency includes cities like Noida and Greater Noida, as well as rural areas covering the Assembly segments of Khurja, Sikandrabad, Dadri and Jewar.

According to rough estimates by political parties, 12 lakh voters of the Gautam Buddh Nagar constituency`s total 19 lakh electorates come from rural areas. The urban voters are a meagre 7 lakh. Of these too, Rajputs are the highest in number followed by Muslims, Gujjars and Jats.

It was this caste equation that helped the BJP sweep all the five Assembly seats in the constituency in the 2017 state polls. Three of its five MLAs -- Pankaj Singh (Rajnath Singh`s son), Bimla Solanki and Dhirendra Singh -- are Rajputs.

The social equations of the constituency have always been in favour of Rajnath Singh. He was advised to contest from Gautam Buddh Nagar in the 2009 Lok Sabha polls but he chose Ghaziabad. In the 2014 Lok Sabha elections, the party fielded him from Lucknow, the seat represented by former Prime Minister Atal Bihari Vajpayee.

But with surveys now suggesting anger against Sharma among rural voters, the party is planning to shift him to Alwar. Sharma, a doctor by profession, was born in Alwar`s Manethi village.

BJP`s Mahant Chand Nath won the Alwar seat in the 2014 Lok Sabha elections defeating Bhanwar Jitendra Singh of the Congress by a margin of 2,83,895 votes.

However, BJP`s Jaswant Singh Yadav lost the seat to Karan Singh Yadav of the Congress in a 2018 by-election, necessitated after MP Mahant Chand Nath`s death due to cancer in 2017.

"Internal discussions have taken place about party`s possible candidates for 23 seats, barring Alwar and Ajmer. The top party leadership will take a call on the two seats," a Rajasthan BJP official told IANS.

As per the understanding between the SP and the BSP, Gautam Buddh Nagar seat has gone to the BSP, which has fielded its alliance incharge Satveer Nagar from the seat.

BJP National Spokesperson Gopal Krishna Agarwal is also among the ticket aspirants from the seat, adjoining Delhi. A chartered accountant by profession, Agarwal was assured of a Lok Sabha ticket in 2014 from the seat, but was denied at the last minute as the party decided to field Sharma.

Rahul Gandhi to address rally in Tamil Nadu on Wednesday