"Don't remove the line that differentiates you from terrorists and separatists," Malik told reporters here after visiting the Tulip Garden. 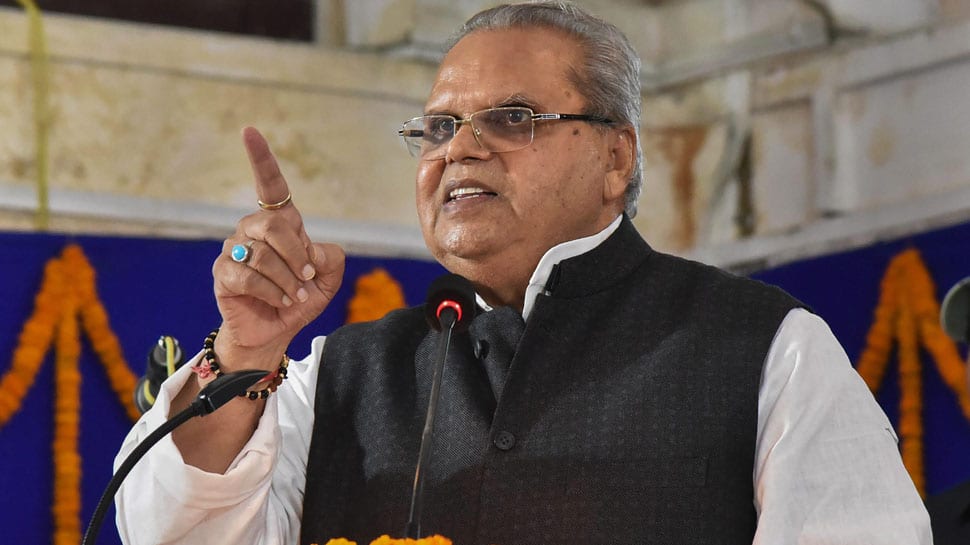 Srinagar: Jammu and Kashmir Governor Satya Pal Malik on Saturday said that mainstream political parties should not raise issues that can endanger peace in the state and blur the line that separates them from terrorists and secessionists. He was commenting on statements made by the National Conference and PDP leaders that the relationship between Jammu and Kashmir and the country will end if the special status of the state is abrogated.

"I appeal to them (mainstream parties) to talk political issues and election issues but not to talk about those things which can endanger peace and promote terrorism. Don't remove the line that differentiates you from terrorists and separatists," Malik told reporters here after visiting the Tulip Garden.

Asked about the fallout of repealing Article 35A, he said, "There is no if and but. First, it is not my issue to discuss but this is like creating artificial fear and inciting people to garner votes. I am not in its favour." Article 35A provides special privileges to permanent residents of Jammu and Kashmir.

Malik said the system was incomplete without mainstream political leaders. "You are leaders, you have a political party and we respect you. You have a place in this system, this system is not (complete) without you," he added.

Asked about the security concerns raised by the mainstream political parties, the governor said adequate security will be provided to candidates and other leaders to ensure a peaceful election. "Security will be provided to the candidates as much is required for the conduct of elections. I have spoken on the phone with both the leaders and asked them to give us a list of people they want protection for. We will ensure that a peaceful election takes place," he said.

In response to a question, the governor said his administration will discuss and address all the issues arising from the ban on movement of civilian traffic on Jammu-Srinagar-Baramulla national highway for two days every week. "We are meeting today and will discuss all these things that have come up. I have not come here as a tourist. All the issues that have come up over the past few days, be it related to security or highway, will be addressed. I can assure that we won't do anything that will trouble the people of Kashmir," he said.

On tourism promotion, Malik said a conference is being held in Delhi in which ambassadors of various countries will be invited with the aim of getting negative travel advisories on Kashmir lifted. "We will try to get the negative travel advisories revoked by impressing upon them that even today, people of Kashmir are loving and hospitable and that tourists have no threat at all here. We might have risks but tourists are not at risk," he said.