"Thanks and gratitude to Mayawati, Akhilesh Yadav, Congress, Chandrababu Naidu and others for expressing solidarity and support to us and the people of Bengal," Mamata Banerjee tweeted. 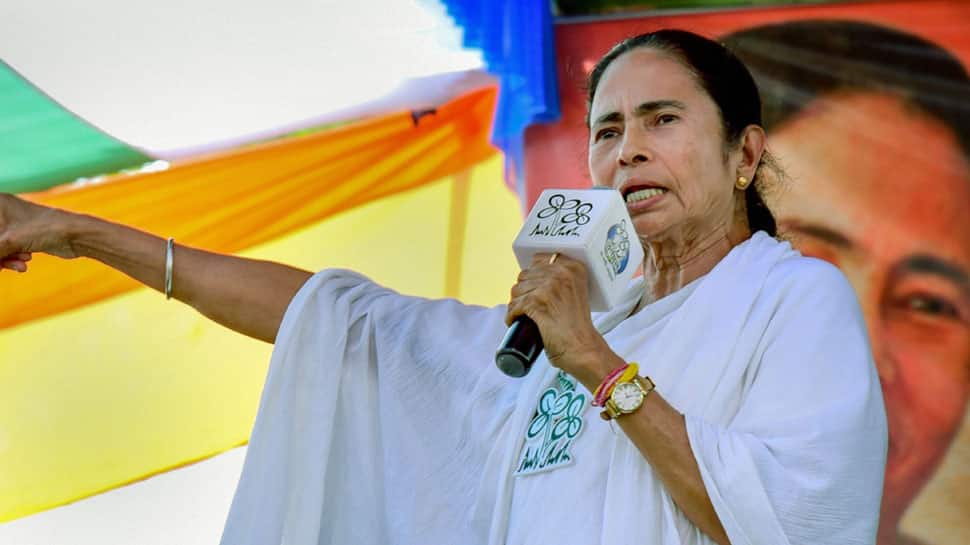 Kolkata: West Bengal Chief Minister Mamata Banerjee expressed her gratitude to the Opposition parties for supporting her and speaking out against Election Commission's 'biased' decision to cut short campaigning time in the state.

“Thanks and gratitude to Mayawati, Akhilesh Yadav, Congress, Chandrababu Naidu and others for expressing solidarity and support to us and the people of Bengal. EC's biased actions under the directions of the BJP are a direct attack on democracy. People will give a befitting reply,” Mamata tweeted on Thursday morning soon after Bahujan Samajwadi Party (BSP) supremo Mayawati charged that the West Bengal chief minister is being targeted as part of a conspiracy to divert attention from failures of the Modi government.

Thanks and gratitude to @Mayawati, @yadavakhilesh, @INCIndia, @ncbn and others for expressing solidarity and support to us and the people of #Bengal. EC's biased actions under the directions of the #BJP are a direct attack on democracy. People will give a befitting reply

"EC curtailed campaigning in West Bengal under pressure from the central government," Mamata further said and added that it is “clear that under present Chief Election Commissioner, Lok Sabha polls are not being held in a totally free and fair manner.”

The poll body on Wednesday night announced to invoke Article 324 to curtail campaigning time in West Bengal by 24 hours in the wake of violence between Bharatiya Janata Party (BJP) and Trinamool Congress (TMC) workers in Kolkata. The election campaign in West Bengal now ends on Thursday night at 10 pm, a day before its scheduled deadline.

"The decision to cut short campaigning time is not an EC decision. It is a BJP decision," Mamata had said at a press conference soon after EC announced the decision.

"I have never seen an Election Commission like this. They can send me a showcause notice for saying this but I am ready for 50 showcause notices because I have to uphold Bangla honour. They cannot use Article 324 here because there is no law and order problem. It is unethical, unconstitutional. EC has RSS men," she added.

Rallying behind Mamata, Samajwadi Party (SP) chief Akhilesh Yadav said that the EC's decision to call off campaigning in West Bengal is “against all norms of democratic fair play” and tweeted that he  “fully supports Mamata in her fight.”

The EC's decision to call off campaigning in Bengal is against all norms of democratic fair play. I fully support @MamataOfficial ji in her fight to stop the undemocratic march of the two and a half men who have used and abused every institution of our country for their own gain.

Congress too came down heavily on EC and accused it of losing its credibility and independence.

“The time has come to review the process of appointment of Election Commission," he said, calling for a national debate on the issue.

The Congress, a responsible political party, has never cast unwarranted aspersions on the actions of Constitutional bodies, Surjewala said.

"But we are deeply saddened to say that Election Commission of India has completely lost its independence and abdicated its Constitutional integrity," the Congress leader added

Andhra Pradesh CM N Chandrababu Naidu in a series of tweets slammed the EC and BJP.

It is even more disturbing to see conspicuous inaction of the ECI regarding the complaint of 22 political parties of the opposition, to validate EVM counting with the counting of at least 50% VVPAT slips in each assembly constituency.

BJP and TMC workers had clashed in Kolkata after Amit Shah's roadshow on Tuesday. Acts of violence and arson had been witnessed with both parties blaming each other for it. A statue of Bengali writer and philosopher Ishwarchandra Vidyasagar was also vandalised during the violence