MoS Pratap Sarangi lives in a thatched house, stands out for simplicity, dedication to people

The new parliamentarian, who once nurtured the desire to be a monk, lives in a thatched house, rides a bicycle and spends a major portion of his MLA pension to support the education of the poor children. 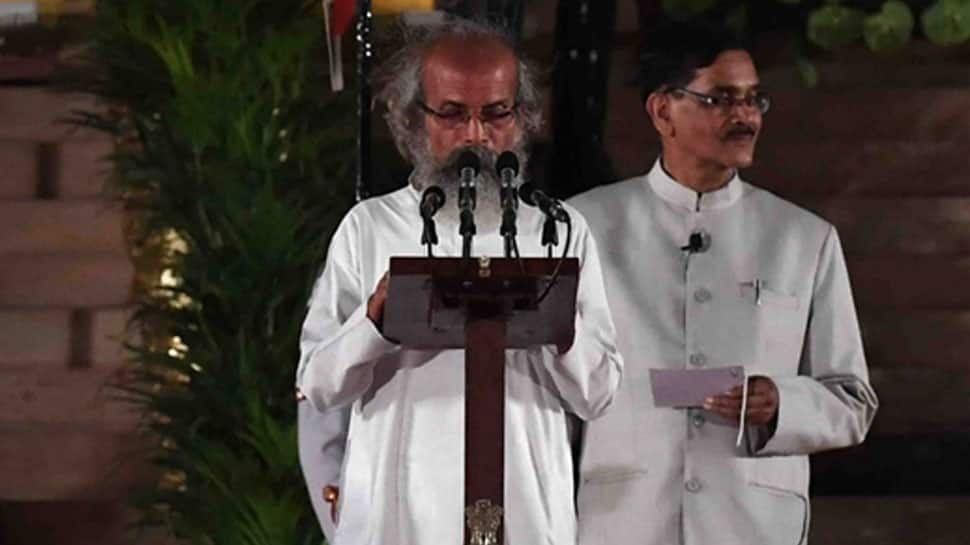 BJP MP Pratap Sarangi has made his maiden entry into the Union Cabinet of the new Narendra Modi government after he was made the Minister of State (MoS) in the Ministry of Micro, Small and Medium Enterprises and Ministry of Animal Husbandry, Dairying and Fisheries. The 64-year-old Sarangi's hard work and dedication towards people have earned him a berth in the Modi Government. The new parliamentarian, who once nurtured the desire to be a monk, lives in a thatched house, rides a bicycle and spends a major portion of his MLA pension to support the education of the poor children.

The first-time parliamentarian, who is being known as 'Odisha's Modi', has had a long association with the RSS. However, the association of Sarang, a bachelor, with active politics and electoral victories has not affected his way of living.

After graduating from Fakir Mohan College in Balasore, the firebrand leader, who is fluent in Sanskrit, wanted to become a monk of the Ramakrishna Math and Mission but the math encouraged him to engage himself in social work instead. Thereafter, he started serving people in and around his village and got associated with RSS and VHP.

The Balasore MP has opened several schools for the poor children in the tribal and remote areas of Mayurbhanj and Balasore districts of the state which were devoid of educational facilities. Sarangi has also functioned as the Odisha unit president of Bajrang Dal and spearheaded a movement for the protection of cows. He believes in working for the people and serving the country.

In the run-up to the recent elections, Sarangi adopted his own style of campaigning, which was in sharp contrast to that of his rivals who had hired professional agencies and campaign managers.