"First, they mocked, then protested and now they are saying me too, me too," the Prime Minister said. 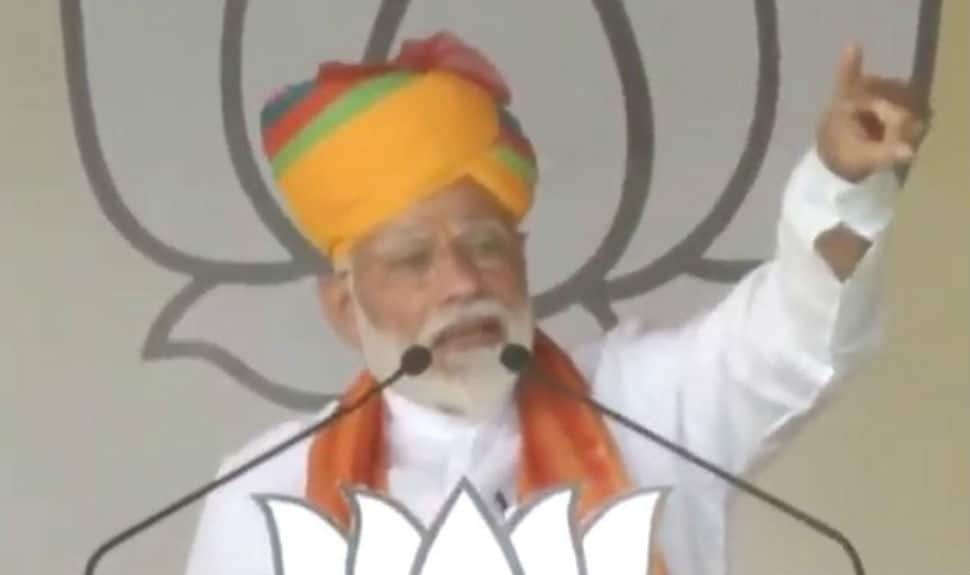 Addressing an election rally in Rajasthan's Sikar, PM Modi said that first, the UPA government ignored the strike carried out by the BJP, then opposed it and now, they are saying, me too, me too." Congress is "confusing video games with such strikes," he added.

"What type of strikes were these about which the terrorists did not get to know, Pakistan didn't know, even Indians didn't know. First, they mocked, then protested and now they are say ing 'me too, me too," the Prime Minister said, ANI reported.

"If they are to do surgical strikes on paper or on video game, then whether it is six or three, 20 or 25, what difference does it make to the liars?" PM Modi added.

Meanwhile, senior Congress leader Ahmed Patel rebuttal saying: "The BJP wishes to win elections anyhow. We never took credit whether it was air strikes or Bangladesh war, credit must go to forces. It's not Congress' insult, it's an insult of jawans."

PM Modi on Friday addressed three rallies in Rajasthan, where he accused Congress for not acting tough against terrorism. "Only a 'mazboot' (strong) government can do so," he said.

He also launched a veiled attack on Congress general secretary Priyanka Gandhi Vadra over her interaction with some snake charmers while campaigning in Raebareli on Thursday.

"The fourth generation of the 'naamdar family' is even now projecting India as a land of snake charmers, while it is 'mouse charmers' now," he charged, referring to the development of the IT sector.

"IPL matches were played outside the country in 2009 and 2014, because the government did not give permission, citing elections. But now, elections are also happening and so is the IPL," PM Modi also said.

Polling for 12 Lok Sabha seats in Rajasthan will be held in the fifth phase of the election on May 6. Thirteen other seats in the state went to polls in the fourth phase on April 29.