Each of the major political parties - Congress, BJP and Aam Aadmi Party - has fielded only one woman candidate in Delhi, which goes to polls on May 12. 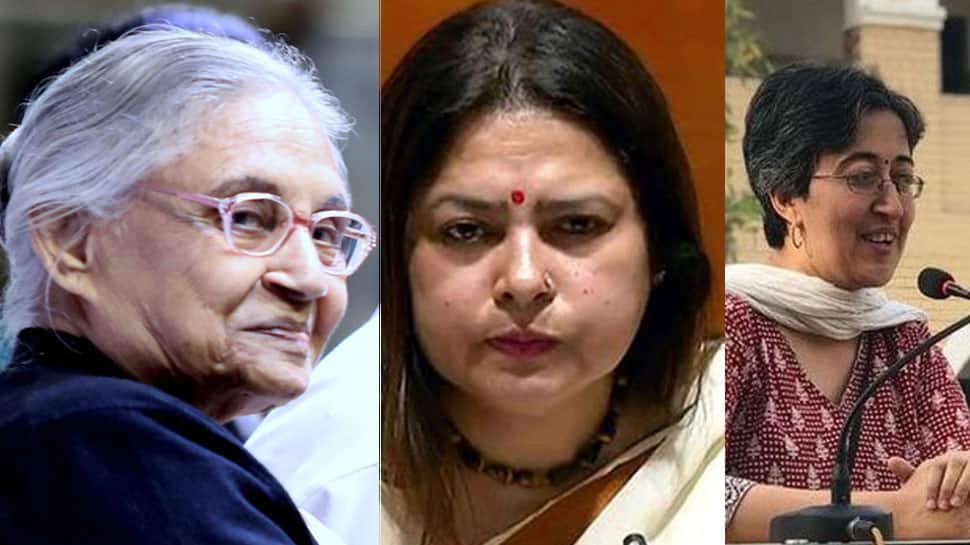 New Delhi: Only 13 out of the total 173 candidates fighting the Lok Sabha election in Delhi are women, putting their share among the total number of contestants at a dismal seven per cent. Each of the major political parties - Congress, BJP and Aam Aadmi Party - has fielded only one woman candidate in Delhi, which goes to polls on May 12.

The Congress has fielded its veteran leader and former Delhi Chief Minister Sheila Dikshit, the BJP and the AAP have named lawyer-politician Lekhi and Atishi Marlena respectively in the contest. Nominations of 173 candidates have been found valid for the Lok Sabha polls in Delhi.

As many as 349 candidates filed nominations from April 16 till Tuesday, the last date to file the nomination papers. In Delhi, there are over 1.43 crore voters, and of these, 64 lakh are eligible women voters while there are 72 lakh male voters. Besides, there are 669 voters who belong to the third gender.

The AAP has pitted Marlena against cricketer-turned-politician Gautam Gambhir and former Delhi minister and senior Congress leader Arvinder on the east Delhi seat. There are ten women candidates who are fighting elections either as an independent or on behalf of little known parties.

Deepti Chopra from Prism Party, Richa Katiyar Kanaujia from Right to Recall Party and Suman Devi from Bharat Lok Sewak party are in the fray for the electoral battle from Chandni Chowk Lok Sabha constituency. There is only woman candidate -- Dikshit -- from North-East constituency. From East Delhi seat, Atishi Marlena, Deepti Nadella from Pyramid Party of India and Neeru Mongia of Prism Party are fighting elections.

Priyanka, an independent candidate, and BJP's Meenakashi Lekhi are in the fray for the New Delhi Lok Sabha constituency. Aditi is contesting elections from North-West Delhi seat as an independent while Poonam has filed her nomination on behalf of People's Party of India from West Delhi.