'This is New India, it doesn't remain silent on killings of its jawans': PM Modi at NDA rally

PM Modi shared the dais with Chief Minister Nitish Kumar and Union minister Ramvilas Paswan among others at the Gandhi Maidan. 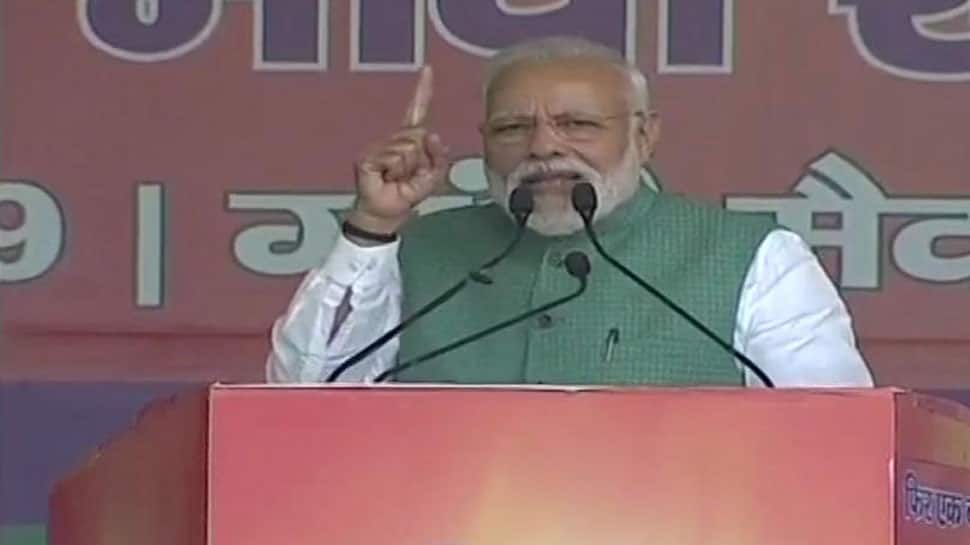 The Prime Minister started off his speech by paying tribute to the Pulawama martyrs. "I salute the martyrs of Pulwama, the whole nation is standing with the families of the jawans," adding "This is New India which doesn't remain silent on killings of its jawans."

PM Narendra Modi in Patna: I salute the martyrs of #Pulwama, the whole nation is standing with the families of the jawans pic.twitter.com/p8wDSGtPUx

"These days competition is underway to abuse the 'Chowkidaar', but you be assured, this 'Chowkidaar' of yours is as alert as ever," PM Modi took a jibe at the opposition at mega NDA rally.

He added, "People of Bihar are very much aware of what all happened in the name of fodder. Only we have dared to end the culture of corruption and middlemen which had been a normal practice in the country for decades."

Hitting out at the Congress for raising questions on the IAF airstrikes on terror camps in Balakot, PM Modi said, "Now they have even started asking for proof of the airstrikes. Why are Congress and its allies demoralizing our forces? Why are they giving statements which are benefiting our enemies?"

Speaking at the rally, Nitish Kumar assured that the next government at the Centre will be formed under the leadership of Modi. He also exuded confidence that NDA will win 40 of 40 Lok Sabha seats in Bihar.

This was the first time in nine years that PM Modi shared the stage with Nitish Kumar at a political event. In 2013, the JDU chief Nitish had parted ways with the BJP following differences over the projection of Modi. The Bihar Chief Minister, however, returned to the NDA in 2017.

This would be the first occasion in nine years when PM Modi would share the stage with Nitish at a political function. Nitish, who heads the JDU, had snapped his 17-year-old ties with the BJP in 2013 following differences with it over projection of Modi. He, however, returned to the NDA in 2017.