With the 'Sankalp rally', the PM and the CM kickstarted NDA's campaign in Bihar for the Lok Sabha election. 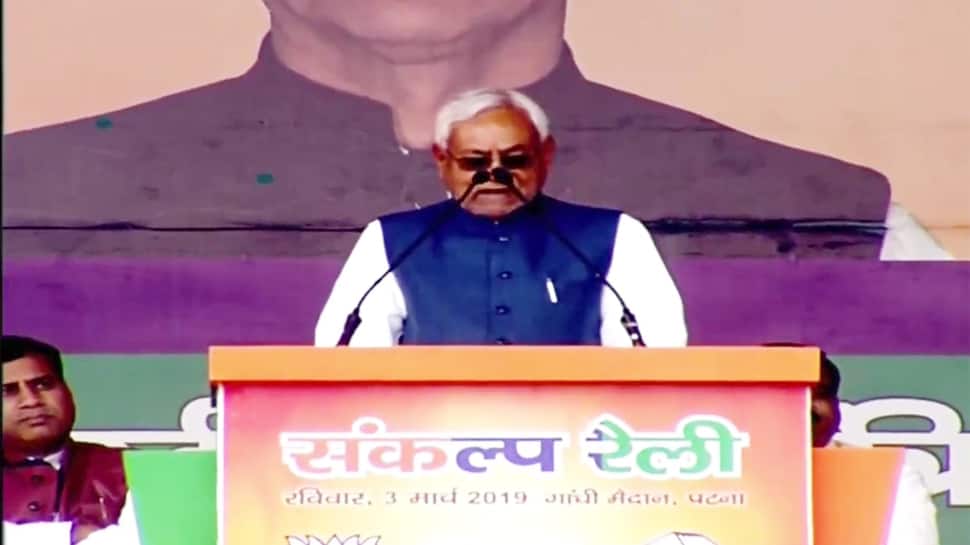 PATNA: After a gap of nine years, Bihar Chief Minister Nitish Kumar and Prime Minister Narendra Modi shared the dais at an election rally on Sunday. With the 'Sankalp rally', the PM and the CM kickstarted the National Democratic Alliance's (NDA) campaign in Bihar for the Lok Sabha election.

Speaking at the rally, Nitish assured the Prime Minister that the next government at the Centre will be formed under the leadership of Modi. He also exuded confidence that NDA will win 40 of 40 Lok Sabha seats in Bihar.

Nitish also lauded the PM for the recent airstrikes by the Indian Air Force at the terror base of the Jaish-e-Mohammad in Pakistan. "Today, the entire country stands united against terrorism. I salute the country's armed forces and congratulate the Prime Minister for the action against terrorism," he said.

He added that the development work done by the PM in the last five years is no mean task. "People keep lauding the PM for the work done by his government in last five years. Giving free LPG connections to the poor or getting free treatment up to Rs 5 lakh is not a minor solution," he said.

Giving a report of the work done by the state government, Nitish said that unlike before, all villages in Bihar have roads today. He also said that people of Bihar never thought that those living in villages would receive tap water, but his government has made it possible. He added that toilets will be also be made in every household in the state till 2 October 2019.

'This is New India, it doesn't remain silent on killings of its jawans': PM Modi at NDA rally