After winning a huge mandate for a second consecutive time, he also said that the word, "Chowkidar", remains an integral part for him. 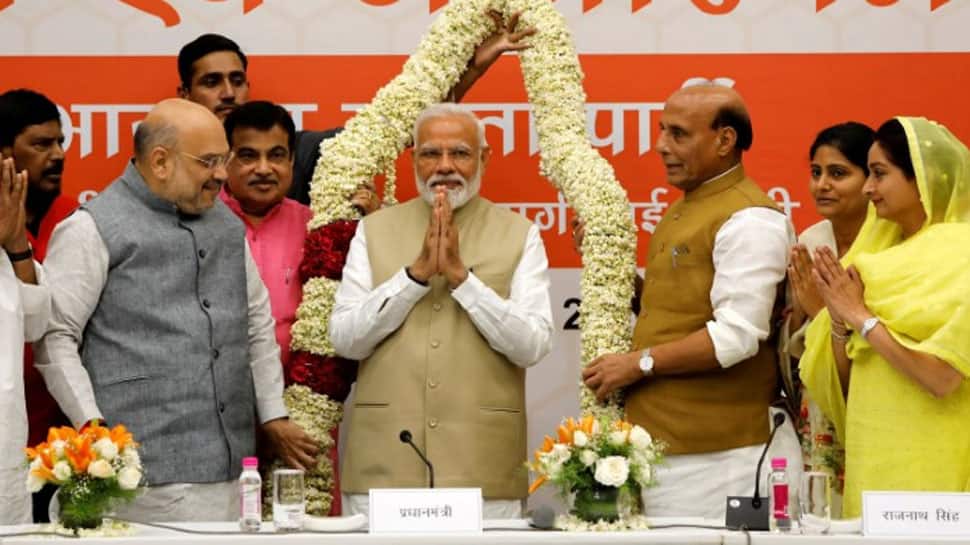 Prime Minister Narendra Modi on Thursday dropped the prefix, "Chowkidar", from his Twitter profile, asking people to keep the spirit alive. After winning a huge mandate for a second consecutive time, he also said that the word, "Chowkidar", remains an integral part for him. The PM also urged the leaders and supporters of the saffron party to do the same.

The BJP has repeated the near-improbable feat of repeating its landslide victory in several states, as the party appeared set to surpass its 2014 total number of seats in this Lok Sabha election. The saffron tsunami-powered by Prime Minister Narendra Modi bettered its show this time with its vote share in several states.

Even in West Bengal, the party bettered its own record from five years ago. That the exemplary performances were both under the NDA banner as well as in states where BJP went solo made the feat even more spectacular. In UP, the triumph was even more satisfying for the BJP because it brought down the Magathbandhan between SP-BSP-RLD which was often referred to as an ‘unholy alliance’ by its party leaders.