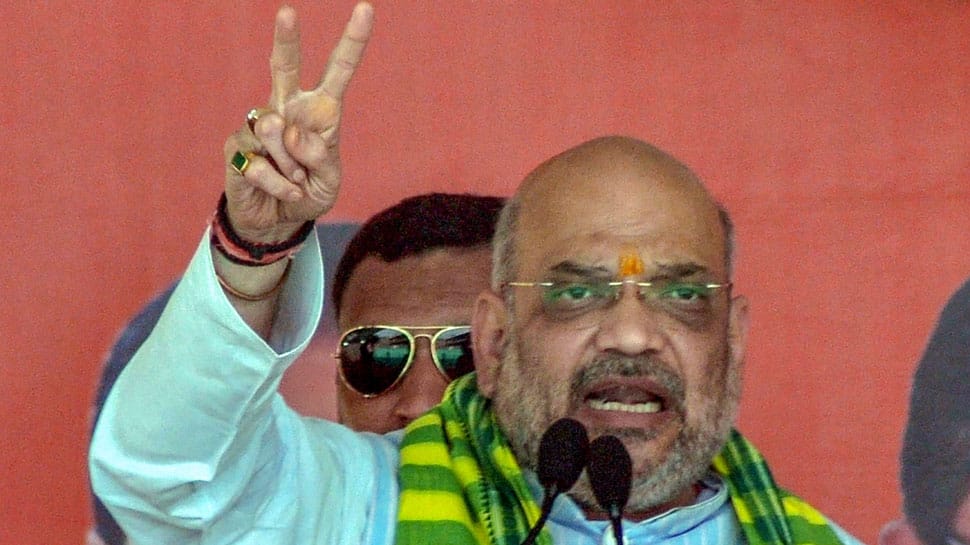 Morada/Sukinda: BJP president Amit Shah Saturday took a potshots at his Congress counterpart Rahul Gandhi saying he is no match to Prime Minister Narendra Modi, who works 18 hours a day without taking a leave in the last 20 years, whereas Gandhi takes a break from work every two months leaving even mother clueless about his whereabouts.

With Odisha witnessing assembly election along with that of Parliament, Shah launched a blistering attack at Chief Minister Naveen Patnaik accusing him of sheltering culprits of chit fund and mining scams in the state. "Modi ji is hard working, dedicated and honest. The Prime Minister, who works 18 hours a day, has not taken a single day's leave in last 20 years as he has dedicated himself to the nation," Shah said.

In sharp contrast, Shah said, "Rahul Baba (Gandhi) goes on leave every two months. His people keep looking for him. Even his mother gets worried as she has no clue... 'bitwa kahan chalagaya, malum nehin padta maako' (mother has no clue as to where her son has gone)."

Asserting that only a BJP government under the leadership of Modi can ensure speedy and balanced development and keep the country safe and secure, Shah claimed people across the country have resolved that Modi will become the prime minister again.

"I have already addressed election meetings in 261 Lok Sabha constituencies across the country. From east to west and north to south, everywhere I could hear people chant Modi, Modi," he said adding it is clear that the whole country has resolved to make Modi the prime minister once again.

With Assembly election in Odisha also being held along with Lok Sabha poll, the BJP president came down heavily on the Naveen Patnaik-led BJD government accusing it of keeping the state backward due to corruption and inefficiency and sheltering culprits in chit fund and mining scams.

Emphasising that it is not enough for Odisha if Modi becomes prime minister again, Shah said the state cannot develop unless the inefficient and corrupt Biju Janata Dal (BJD) government is thrown out.

Claiming that the rising popularity of BJP is giving sleepless nights to BJD, Shah said that the people of Odisha must vote the BJP to power, both at the Centre and in the state, for speedy development.

Hitting out at chief minister Naveen Patnaik, Shah asked people whether they want "tired and corrupt chief minister who is unable to speak Odia language to continue or replace him with a strong leader".

Accusing Patnaik of sheltering culprits in chit fund and mining scams, Shah asserted all those involved in these scandals will be jailed in 90 days if the party comes to power in the state.

Shah alleged that BJD MLAs, MPs and officers were involved in both chit fund and mining scams and they swindled crores of rupees, but the culprits went scot-free. "Chit fund looteras and mining mafia were not put behind the bars as Naveen Patnaik protected them," the BJP chief alleged.

Shah said no action was taken by the BJD government to recover money from the mining mafias as per the recommendation of the M B Shah Commission.

Hitting out at Patnaik government, Shah said the centre provided Rs 6,000 crore to the state under the District Mineral Foundation (DMF) for the development of tribals, but the state government failed to utilise the funds.

Basic necessities of the people like roads, drinking water, electricity and healthcare facilities could not be provided as the chief minister is unable to understand Odia.

Lamenting that Patnaik failed to learn Odia in last 20 years, Shah said people must choose an Odia-speaking chief minister who can understand their problems and redress them.