In September last year, similar posters depicting Rahul as a 'shiv bhakt' or devotee of Lord Shiva emerged in Bhopal ahead of Madhya Pradesh Assembly elections. 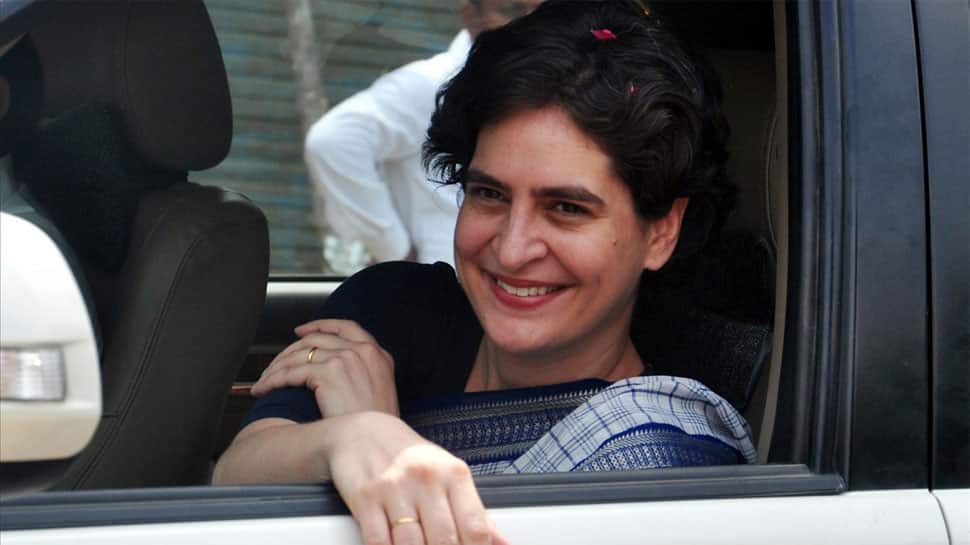 AYODHYA: Ahead of Congress leader Priyanka Gandhi Vadra's scheduled visit to Ayodhya in Uttar Pradesh, posters portraying her as a 'ram bhakt' (followers of Lord Ram) have emerged across the city.

In the poster, Lord Ram's image has been placed in the centre and Priyanka is seen on the left side with folded hands. On the right side, her brother – Congress president Rahul Gandhi is seen praying.

In September last year, similar posters depicting Rahul as a 'shiv bhakt' or devotee of Lord Shiva emerged in Bhopal ahead of Madhya Pradesh Assembly elections 2018.

The Congress general secretary for Uttar Pradesh East is scheduled to kick-off a three-day election campaign to Ayodhya on March 27. Since her official political debut in January 2019, Priyanka has already visited two significant temple towns in the state – PM Modi's constituency Varanasi and Prayagraj. She is likely to halt at 32 points between Faizabad to Amethi including Raebareli and Barabanki during the campaign, sources told news agency ANI.

"Those who are questioning the existence of Lord Ram, what are they going to find in Ayodhya? They (Congress) did not go to Kumbh Mela in Prayagraj. There was a `deepotsav` event in Ayodhya. That was also not attended by them. They are going (to Ayodhya) as they have remembered Babur (Mughal ruler). They want to search for his remains there. So, Priyanka is a Siberian bird, who migrates from one place to another after seeing the weather conditions”  questioned Uttar Pradesh Cabinet Minister and BJP leader Mohsin Raza on Monday, dubbing her campaign a "picnic".

UP BJP spokesperson Chandrmohan also took a dig, asking if she would "say sorry" there for her party "putting hurdles" in building the Ram temple.

"Will Priyanka Gandhi Vadra take the pious Saryu river waters in her hand there and atone the sins committed by the Congress in Ayodhya?" he asked.