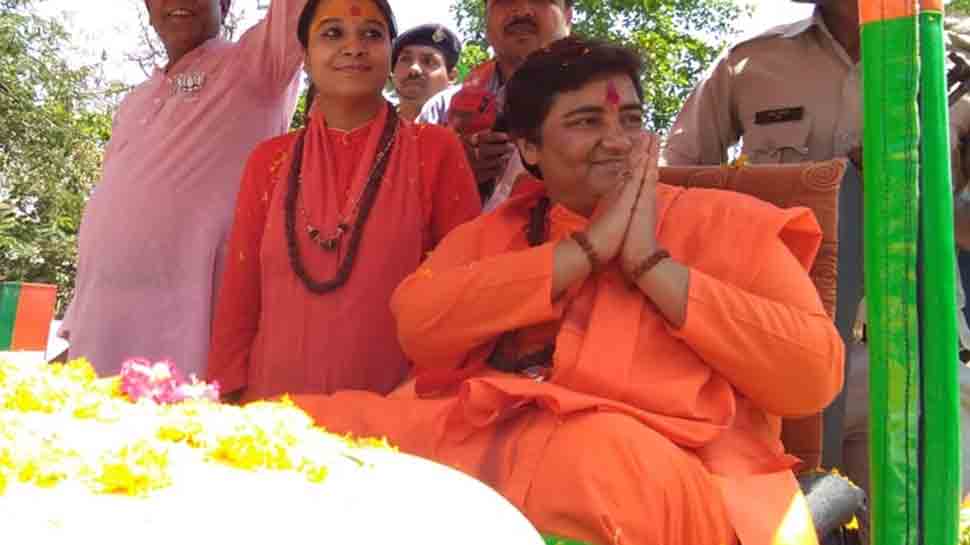 Bhopal: BJP Lok Sabha candidate from Bhopal Sadhvi Pragya Singh Thakur has declared assets worth more than Rs 4.44 lakh that include a 150 gram silver-coated brick which has Lord Rama inscribed on it, according to her affidavit.

The total value of her possessions, including cash in hand, a silver 'kamandal' (water pot) weighing 2 kg, gold and silver jewellery and the silver-coated brick, stood at Rs 4,44,224, according to the affidavit submitted along with her nomination papers to election authorities here Tuesday.

The silver-coated brick, weighing 150 grams, is worth Rs 7,000 and has Lord Rama engraved on it, the document said.

The right-wing activist belongs to Lahar town in Bhind district of Madhya Pradesh and is a post-graduate from the Jiwaji University, Gwalior and also holds BP Ed (Bachelor of Physical Education) degree from the Barkatullah University, Bhopal, according to the affidavit.

The 49-year-old sadhvi has declared that a criminal case related to the 2008 blast case is registered against her at the Azad Nagar police station in Malegaon town of Nashik district in North Maharashtra.

The Bhopal police, on orders of the Election Commission (EC), has filed an FIR against Thakur for her remarks over demolition of the Babri Masjid at Ayodhya in 1992.
Thakur is contesting against Congress veteran Digvijaya Singh.

Voting in the Bhopal Lok Sabha constituency, which the BJP has been winning since 1989, will take place on May 12.