PM Modi is the sitting MP from the eastern UP seat. 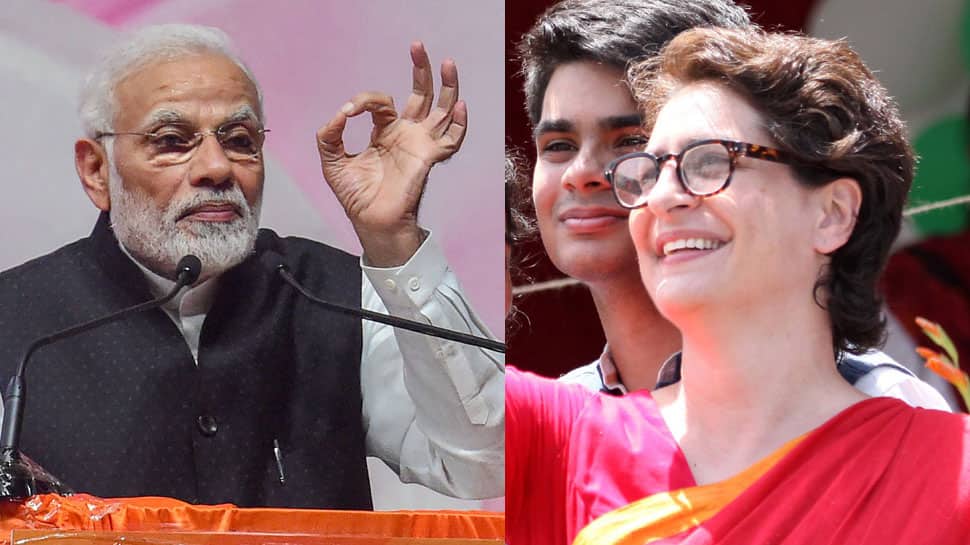 Congress general secretary Priyanka Gandhi Vadra is likely to contest Lok Sabha election from Varanasi seat against PM Narendra Modi, Zee News sources said on Saturday. PM Modi is the sitting MP from the eastern UP seat. He had won from the seat in 2014.

According to sources, Priyanka is ready to take on the fight with PM Modi, after serious considerations, from Uttar Pradesh's Varanasi. She has already agreed to contest the poll.

However, the final call rests with Congress president Rahul Gandhi.

Interestingly, earlier in March when Priyanka was urged by her party supporters to contest from Rae Bareilly or Amethi, she apparently responded in a lighter vein 'why not Varanasi!'.

Priyanka was interacting with Congress workers when they requested her to contest from Varanasi. They said that if she contests from Rae Bareilly or Amethi, the BJP will be finished, ANI sources had said.

The Congress general secretary had said that she would contest the Lok Sabha election if the party wanted her to do so.

Uttar Pradesh will go to polls in seven phases, from April 11 to May 19. The counting of votes will take place on May 23.

In March, Priyanka was on a three-day long `Ganga Yatra` from Prayagraj to Varanasi. Her tour focused on 'Sanchi Baat Priyanka ke Saath` in which she talked to people during her 140 kilometres long travel on a steamer boat to Assi Ghat in Varanasi.

Dalit group Bhim Army Chandrashekhar announced that he will contest against PM Modi from Varanasi.