Congress has, however, defended its party chief and accused the BJP and also a section of the media for twisting Gandhi's remarks. 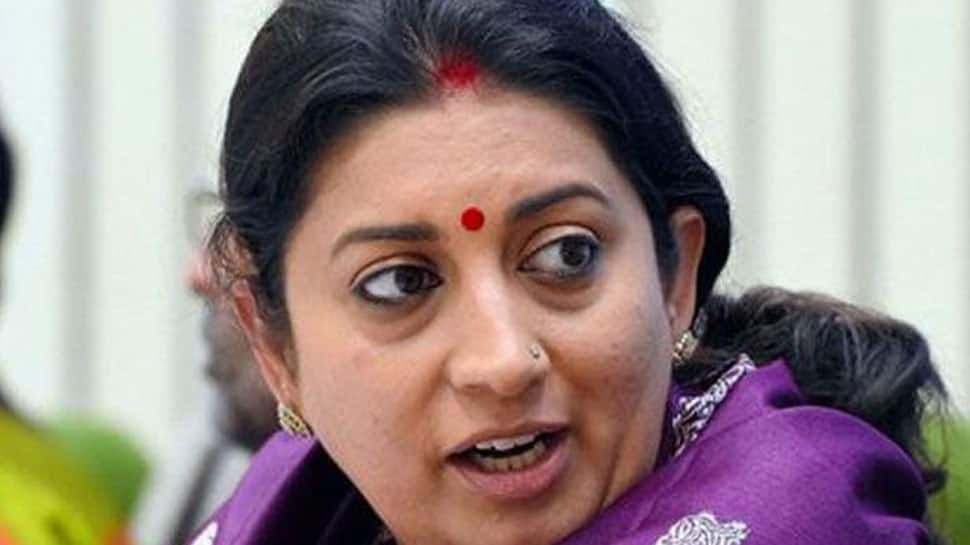 New Delhi: Union Minister Smriti Irani on Monday said that Congress president Rahul Gandhi left the entire nation shocked by addressing terrorist Masood Azhar with respect. The Gandhi scion stirred controversy after he had referred to the Jaish-e-Mohammad chief as 'Masood Azhar Ji' in a rally.

"Nation is shocked Rahul Gandhi addressed a terrorist Masood Azhar with respect. Families of martyrs and people who lost their relatives in terrorist attacks want to ask him, why so much respect for a terrorist? Why does he call the Army chief a 'Gunda' while respects a terrorist?" the Union Minister lashed out at Rahul.

Taking to Twitter, Irani shared a video and asked, "What is common between Rahul Gandhi and Pakistan? Their love for terrorists."

What is common between Rahul Gandhi and Pakistan?

Their love for terrorists.

During an election rally in the national capital earlier in the day, the Congress president said, "40 CRPF soldiers lost their lives. Who was responsible for the bombing? Listen, it was Jaish-e-Mohammad. Masood Azhar. Do you remember? Now, the one who has 56-inch chest, do you remember that during his previous government, the Security Advisor Ajit Doval sat with Masood Azhar Ji in an aircraft and handed him over to Kandahar."

Congress has, however, defended its party chief and accused the BJP and also a section of the media for twisting Gandhi's remarks.

Arun Jaitley slams opposition, says choice in Lok Sabha poll to be either 'Modi or chaos'