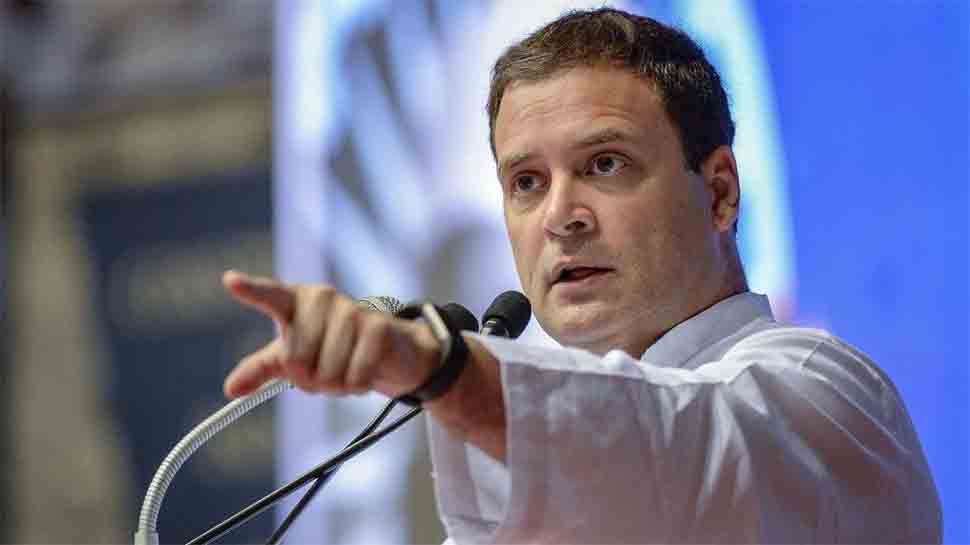 "There is a feeling in south India that the way the Narendra Modi government is functioning, their (south) culture, language, history all are being attacked. So I wanted to give a message that I will fight from north and south," Rahul said.

On Wednesday, Union minister and BJP leader Smriti Irani had alleged that Rahul's decision to contest from Wayanad was an insult to the people of Amethi.

In the meantime, Congress general secretary Priyanka Gandhi assured the people of Wayanad that her brother will not let them down and asked them to take care of him.

"My brother, my truest friend, and by far the most courageous man I know. Take care of him Wayanad, he wont let you down," she tweeted after the roadshow.

My brother, my truest friend, and by far the most courageous man I know. Take care of him Wayanad, he wont let you down. pic.twitter.com/80CxHlP24T

Attacking Modi on the issue of corruption, Rahul quipped that the country had imposed their faith on Modi when he called himself a 'chowkidar' but he betrayed the trust of the people by giving Anil Ambani Rs 30,000 crore of Air Force money.

"He stole money and given it to Anil Ambani who has no experience. Anil Ambani is in Rs 45,000 crore debt," Gandhi alleged, once again attacking the NDA government over the Rafale deal.