Besides Wayanad, Rahul will also contest from Uttar Pradesh's Amethi, a pocketborough of the Gandhis. 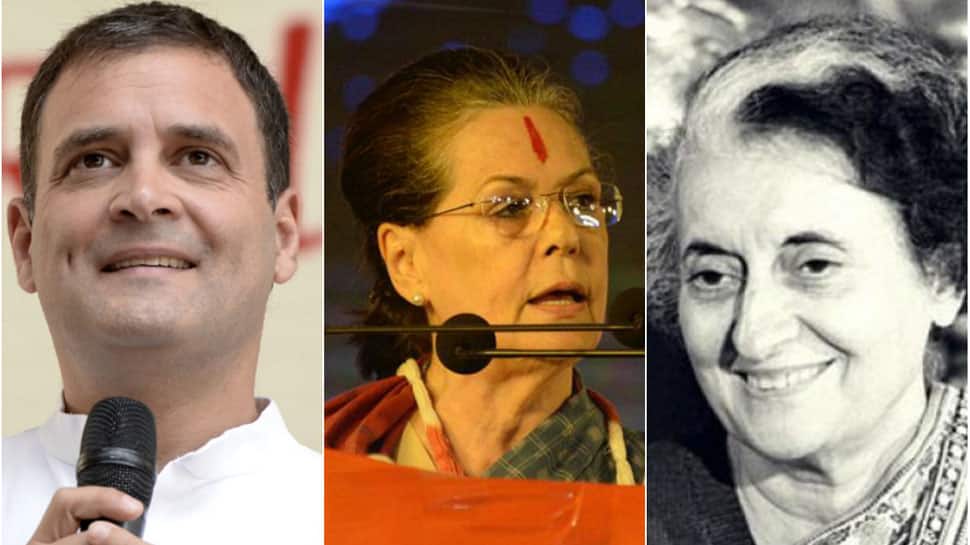 Four days after the Congress announced that party chief Rahul Gandhi would fight the upcoming Lok Sabha poll from a second seat - Wayanad in Kerala, the Congress president on Thursday filed his nomination papers from the seat which falls in north Kerala.

With his decision to contest from Wayanad, Rahul has become the third member from the Nehru-Gandhi family after his grandmother Indira Gandhi and mother Sonia Gandhi to contest from 'safe' seats in south India when the Congress is facing a tough time at the national level.

Besides Wayanad, Rahul will also contest from Uttar Pradesh's Amethi, a pocketborough of the Gandhis. In 2014, Rahul won from Amethi defeating Union Minister Smriti Irani but this time the Gandhi scion is expected to face a tough fight from the BJP leader. Though Smriti Irani failed to defeat Rahul in 2014, she remained engaged with Amethi and this is the reason why it is likely that she might emerge as a giant-killer this time.

Now coming to the political scenes in five states which make up south India, one can easily say that the situation in Karnataka, Tamil Nadu, Kerala, Andhra Pradesh and Telangana is anything but homogeneous. Except Tamil Nadu, south India has been perceived as being safer for the Congress even as the grand old party started losing its political clout in north and central India after 1980s.

In Tamil Nadu, the emergence of Dravidian parties proved costly for the Congress with the party failing to win even a single seat in 2014. In Andhra Pradesh, Congress was a force to reckon with before 2014 when the party faced its worst defeat in Lok Sabha poll, all thanks to its decision to divide the state and create Telangana. But the party is still enjoys good support of the voters in Kerala and Karnataka.

Karnataka was the first south Indian state from where none other than Indira Gandhi decided to contest after facing defeat from Rae Bareli in the 1977 Lok Sabha election, in the aftermath of Emergency. The defeat in Uttar Pradesh's Rae Bareli forced Indira to contest a by-election in 1978 from Chikmagalur in Karnataka in order to enter Parliament. DB Chandre Gowda was the then sitting Congress MP from Chikmagalur but he resigned so that Indira could fight from the seat. The seat proved 'safe' for Indira as she defeated Veerendra Patil of the Janata Party by around 80,000 votes.

Indira once again chose a constituency in south India in the 1980 Lok Sabha election when she contested from Rae Bareli in Uttar Pradesh and Medak in Andhra Pradesh. She won easily from both the seats.

In Medak, Indira defeated Janata Party candidate S Jaipal Reddy by a record margin of over 2.10 lakh votes. But this time Indira retained Medak seat and resigned from Rae Bareli. Indira was the sitting MP from Medak when she was assassinated by her Sikh bodyguards in 1984. It is notable here Indira decided to contest from Medak at a time when the Congress was pretty strong at the national level.

Indira's elder daughter-in-law and Rajeev Gandhi's widow Sonia Gandhi turned her attention towards the south while looking for a safe seat as she was making her electoral debut in the 1999 Lok Sabha election.

Though Sonia also contested from Amethi, a bastion of the Nehru-Gandhis, she wanted to a safe seat too and after much deliberations, she zeroed in on Bellary in Karnataka. The BJP challenged Sonia in Bellary by cutting up its senior leader Sushma Swaraj, who put up a gallant fight but eventually lost by almost 56,000 votes. But Sonia resigned from Bellary seat and retained Amethi.

With the exception of Medak in 1980, the decision by Indira and Sonia to choose safe seats in south India came at a time when the fortune of the party was not very good in other parts of the country.

Rahul's decision to contest from Wayanad, which is a Congress bastion, sends a clear message that he is also unsure about his chances from Amethi in Uttar Pradesh. Wayanad seat was created after delimitation in 2008 and the Congress won from here in 2009 and 2014 Lok Sabha elections.

Congress has, however, defended Rahul's decision to contest from Wayanad saying that by doing so the Congress president wants to bridge the gap between south and north India which has widened under Prime Minister Narendra Modi.

May 23 will decide whether Wayanad was a safe seat for Rahul or not and whether his decision to follow into the footsteps of his grandmother and mother will catapult him higher in the political arena of India.