The Congress president, who is also contesting from Amethi seat, has declared in his affidavit that there were five cases pending against him. 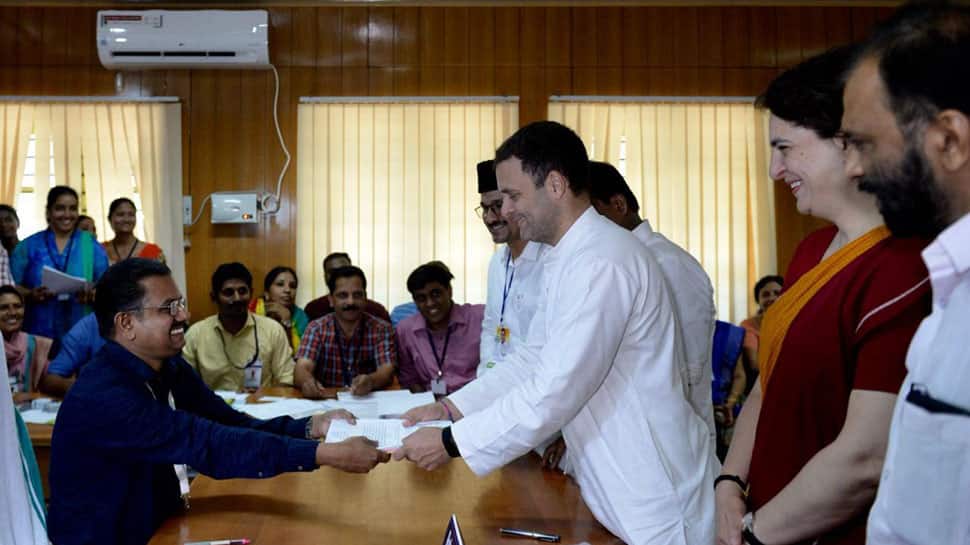 Wayanad: Congress chief Rahul Gandhi has assets worth over 15.88 crore, according to the affidavit filed by him on Thursday while submitting his nomination papers for Wayanad Lok Sabha seat.

In the 2014 elections, he had declared the value of his total assets as Rs 9.4 crore.

The affidavit shows that Rahul Gandhi does not own a car and has a total liability of Rs 72 lakh as loans from various banks and other financial institutions.

The Congress president, who is also contesting from Amethi seat, has declared in his affidavit that there were five cases pending against him.

Two of the cases against him are registered in Maharashtra and one each in Jharkhand, Assam and New Delhi, according to the affidavit. While the Congress chief has Rs 40,000 as cash-in-hand, he has Rs 17.93 lakh as deposits in various banks. Gandhi also has investments worth Rs 5.19 crore in bonds, debentures and shares in various companies in mutual funds. The assets also include 333.3 grams of gold.

He continues to own a share in the inherited farm in Sultanpur Village in Delhi. The affidavit also shows that Gandhi owns two office spaces in Gurugram.

Gandhi has declared that his source of income was MP's salary, Royalty income, rental income, interest from bonds, dividends and capital gain from mutual funds.

The Congress chief has said that his education qualification was M.Phil (Development Studies) from Trinity College, the University of Cambridge in 1995. The affidavit shows that Rahul Gandhi does not own a car and as an SPG protectee, he is required to travel in an SPG vehicle for security reasons.