Rahul takes a dig at press, says you have tough questions for me but ask PM Modi about mangoes 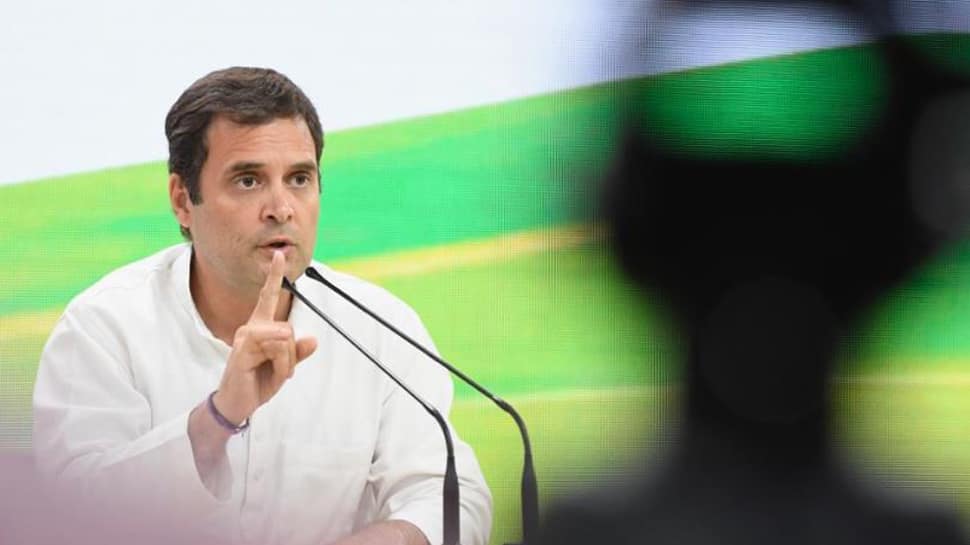 New Delhi: Congress president Rahul Gandhi on Friday took a swipe at the media and said that the press grills him with tough questions, but asks PM Modi whether he likes mangoes.

He also attacked Prime Minister Narendra Modi for not accepting his open challenge for a debate on the Rafale fighter jets deal issue.

"Why the PM did not accept my challenge for a debate on the Rafale issue," asked the Gandhi scion while addressing a press conference on the last day of the campaign for the seventh phase of 2019 Lok Sabha Election on May 19.

The Congress president also took a swipe at Prime Minister Narendra Modi for attending a press conference along with BJP president Amit Shah, saying the move was "unprecedented".

Taking a pot shot at PM Modi, Gandhi said, "Prime Minister is accompanying Amit Shah at a press conference. It is unprecedented."

Rahul also thanked his party workers for their tireless work during the hectic election campaign.

Targetting the Election Commission, Rahul alleged that the election schedule was finalised keeping in mind the programme of Prime Minister Modi.

Putting all speculations to rest about the announcement of PM candidate, Rahul revealed that the decision on alliances and PM candidate will be taken after the results are announced on May 23.