Seeking support for the party candidate from the Jammu parliamentary constituency Jugal Kishore, he said, "where there is the terror, there can never be peace". 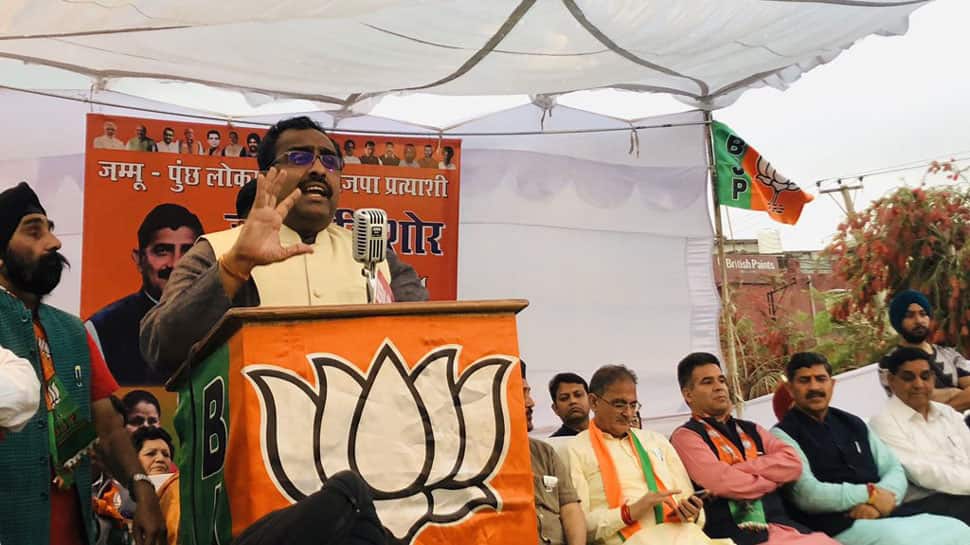 Jammu: BJP general secretary Ram Madhav Saturday sought people's cooperation in wiping out terrorism from Jammu and Kashmir. "Our fight is against terrorism which is your problem as well. We have almost finished terrorism from the state and need your cooperation to wipe it out completely," Madhav said, addressing election rallies in the twin border districts of Poonch and Rajouri.

Seeking support for the party candidate from the Jammu parliamentary constituency Jugal Kishore, he said, "where there is the terror, there can never be peace".

"We have to wipe out terrorism and our government has taken various steps in this direction. When we entered into a coalition with late Mufti Mohammad Sayeed (former chief minister and PDP patron), our common focus was the eradication of terrorism from the state," he said. He said his party considers the people of all the regions of the state as its own.

"When we say Jammu and Kashmir is ours, we do not just mean the land but the entire population of Jammu, Ladakh and Kashmir regions. They are our own people who want development," Madhav said.

Meanwhile, the Bharatiya Janata Party celebrated its foundation day at the party headquarters in Jammu, where state BJP president Ravinder Raina alleged that leaders of opposition parties were "traitors".

"One is shocked over their election manifestos and it seems that the documents are prepared in Pakistan," he alleged.

"This is a fight of nationalists against traitors. Every BJP worker is a fighter like a soldier who is ready to sacrifice his life for the nation, for the honour of the tricolour," Raina said.