"I am grateful to the PM for entrusting me with such responsibility. In telecom, I will first hold meetings to take a long-term view, and also see how a greater synergy can be driven in IT and communications," Prasad told reporters after being named the Minister for the three portfolios. 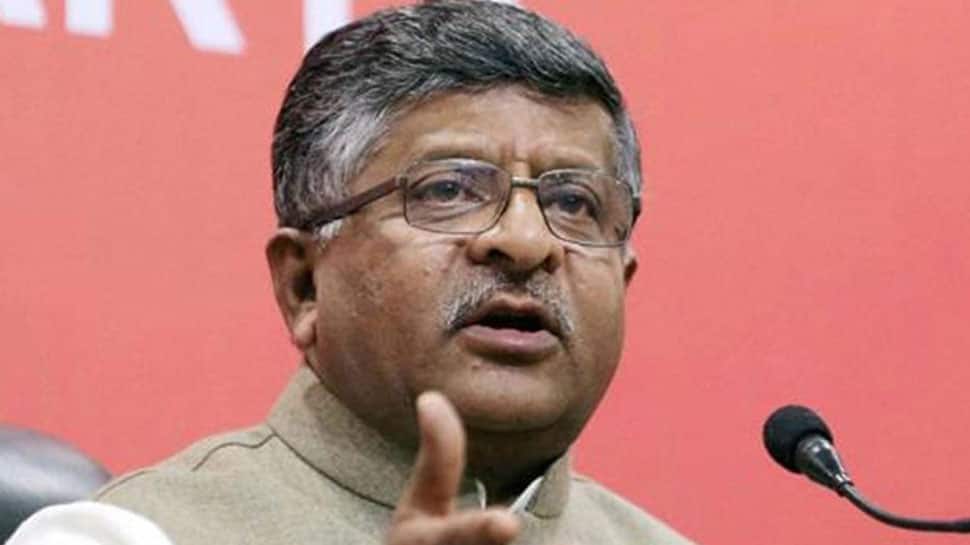 New Delhi: BJP veteran Ravi Shankar Prasad's stature in the Modi 2.0 government just got bigger as he has regained the telecom ministry, adding it to his heavyweight portfolio of IT, and Law and Justice.

"I am grateful to the PM for entrusting me with such responsibility. In telecom, I will first hold meetings to take a long-term view, and also see how a greater synergy can be driven in IT and communications," Prasad told reporters after being named the Minister for the three portfolios.

Prasad is expected to take charge in his ministries on June 3. On his radar will be pushing the draft data protection legislation and strengthening the rules around social media. In telecom, an industry which is in throes of financial distress but, at the same time, rolling up its sleeves for 5G play in the global arena, Prasad's top priorities will be to find ways and means to set the sector back to its growth trajectory.

A four-time Rajya Sabha MP, Prasad has, in the past, played a key role in driving the momentum of flagship programmes of the Narendra Modi government including Digital India and also led the charge of several initiatives to galvanise electronics and mobile handset manufacturing in the country.

Under his watch, the mobile phone and component manufacturing units in India increased to 268 in the last 3-4 years resulting in estimated employment for 6.7 lakh people (direct and indirect).

During his tenure as the Minister for Electronics and IT, the Cabinet approved a new electronics policy that aims to create a USD 400 billion electronic manufacturing ecosystem by 2025, and a separate policy for software to position India as a hub for product development.

Prasad was also instrumental in driving the narrative on data security and data sovereignty, as India proceeds to frame draft data protection legislation, and the momentum on that is likely to accelerate.

Prasad, a strong advocate of the government's digital initiatives, has been steering the industry towards its aspiration of the USD 1-trillion digital economy. As the telecom minister in the first half of the previous Modi government, Prasad also led successful auction of telecom spectrum, the allocation of which was mired in corruption scandals under the previous UPA dispensation.

"He brings knowledge of the sector. He has been leading and steering IT ministry successfully and has placed it on a high growth path," Telecom Secretary Aruna Sundararajan said after meeting Prasad.

Noting that the telecom sector had charted an "ambitious roadmap" that entails universal broadband and 5G services, Sundararajan added, "the sector is in for exciting times".